A conservative’s challenge to the so-called mainstream media: Where is the feeding frenzy on the Libya story? 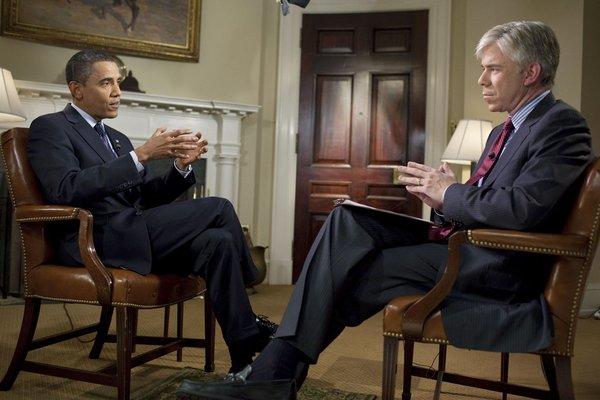 If you want to understand why conservatives have lost faith in the so-called mainstream media, you need to ponder the question: Where is the Benghazi feeding frenzy?

Unlike some of my colleagues on the right, I don’t think there’s a conspiracy at work. Rather, I think journalists tend to act on their instincts (some even brag about this; you could look it up). And, collectively, the mainstream media’s instincts run liberal, making groupthink inevitable.

In 2000, a Democratic operative orchestrated an “October surprise” attack on George W. Bush, revealing that 24 years earlier, he’d been arrested for drunk driving. The media went into a feeding frenzy. “Is all the 24-hour coverage of Bush’s 24-year-old DUI arrest the product of a liberal media almost drunk on the idea of sinking him, or is it a legitimate, indeed unavoidable news story?” asked Howard Kurtz in a segment for his CNN show “Reliable Sources.” The consensus among the guests: It wasn’t a legitimate news story. But the media kept going with it.

One could go on and on. In September 2004, former CBS titan Dan Rather gambled his entire career on a story about Bush’s service in the National Guard. His instincts were so powerful, he didn’t thoroughly check the documents he relied on, which were forgeries. In 2008, the media feeding frenzy over John McCain’s running mate, Sarah Palin, was so ludicrous it belonged in a Tom Wolfe novel. Over the last couple of years, the mainstream media has generally treated Occupy Wall Street as idealistic, the “tea parties” as racist and terrifying.

To be sure, there’ve been conservative feeding frenzies: about Barack Obama’s pastor, John Kerry’s embellishments of his war record, etc. But the mainstream media usually has tasked itself with the duty of debunking and dispelling such “hysteria.”

Last week, Fox News correspondent Jennifer Griffin reported that sources on the ground in Libya say they pleaded for support during the attack on the Benghazi consulate that led to the deaths of four Americans, including U.S. Ambassador J. Christopher Stevens. They were allegedly told twice to “stand down.” Worse, there are suggestions that there were significant military resources available to counterattack, but requests for help were denied.

If true, the White House’s concerted effort to blame the attack on a video crumbles. Yet, last Friday, the president claimed that “the minute I found out what was happening” in Benghazi, he ordered that everything possible be done to protect our personnel. That is either untrue, or he’s being disobeyed on grave matters.

This isn’t an “October surprise” foisted on the media by opposition research; it’s news.

This story raises precisely the sort of “big issues” the media routinely claim elections should be about. For instance, Defense Secretary Leon Panetta said last week that the “basic principle is that you don’t deploy forces into harm’s way without knowing what’s going on, without having some real-time information about what’s taking place.” If real-time video of the attack and communications with Americans on the ground begging for assistance doesn’t constitute “real-time information,” what does?

This is not to say that Fox News is alone in covering the story. But it is alone in treating it like it’s a big deal. Of the five Sunday news shows, only “Fox News Sunday” treated this as a major story. On the other four, the issue came up only when Republicans mentioned it. Tellingly, on NBC’s “Meet the Press,” host David Gregory shushed a guest when she tried to bring up the subject, saying, “Let’s get to Libya a little bit later.”

Gregory never did get back to Benghazi. But he saved plenty of time to dive deep into the question of what Indiana U.S. Senate candidate Richard Mourdock’s comments on abortion and rape mean for the Romney campaign. Typically, Gregory’s instincts about the news routinely line up with Democratic talking points, in this case Obama’s ridiculous “war on women” rhetoric.

I am willing to believe that journalists like Gregory are sincere in their desire to play it straight. But among those who don’t share his instincts, it’s hard to distinguish between conspiracy and groupthink. Indeed, it’s hard to think why one should even bother trying to make that distinction at all.