WSJ’s  PEGGY NOONAN writes:  It is hard, if you’ve got a head and a heart, to come down against a strong U.S. response to Syria’s use of chemical weapons against its civilian population. This is especially so if you believe that humanity stands at a door that leads only to darkness. Those who say, “But Saddam Hussein used chemical weapons—the taboo was broken long ago,” are missing the point. When Saddam used gas against the Kurds it was not immediately known to all the world. It was not common knowledge. The world rued it in retrospect. Syria is different: It is the first obvious, undeniable, real-time, YouTubed use of chemical weapons. The whole world knew of it the morning after it happened, through horrified, first-person accounts, from videos of hospital workers and victims’ families.

The world this time cannot “not know,” or claim not to know. And though Bashar Assad has made his pro forma denials, it does not seem believable that this was not a government operation. The rebels may or may not be wicked enough to use such weapons, but it is hard to believe they are capable.

When something like this happens and the world knows and does not respond, you won’t get less of it in the future, you’ll get more. And the weapons will not only be chemical.

So the question: What to do?

After 10 days of debate in Europe and America, the wisest words on a path forward have come from the Pope. Francis wrote this week to Vladimir Putin, as the host of the G-20. He damned “the senseless massacre” unfolding in Syria and pleaded with the leaders gathered in St. Petersburg not to “remain indifferent”—remain—to the “dramatic situation.” He asked the governments of the world “to do everything possible to assure humanitarian assistance” within and without Syria’s borders.

But, he said, a “military solution” is a “futile pursuit.”

And he is right. The only strong response is not a military response.

The world must think—and speak—with stature and seriousness, of the moment we’re in and the darkness on the other side of the door. It must rebuke those who used the weapons, condemn their use, and shun the users. It must do more, in concert—surely we can agree on this—to help Syria’s refugees. It must stand up for civilization.

Francis was speaking, as popes do, on the moral aspects of the situation. In America, practical and political aspects have emerged, and they are pretty clear.

The American people do not support military action. A Reuters-Ipsos poll had support for military action at 20%, Pew at 29%. Members of Congress have been struck, in some cases shocked, by the depth of opposition from their constituents. A great nation cannot go to war—and that’s what a strike on Syria, a sovereign nation, is, an act of war—without some rough unity as to the rightness of the decision. Widespread public opposition is in itself reason not to go forward.

Can the president change minds? Yes, and he’ll try. But it hasn’t worked so far. This thing has jelled earlier than anyone thought. More on that further down.

Twelve years of war. A sense that we’re snakebit in the Mideast. Iraq and Afghanistan didn’t go well, Libya is lawless. In Egypt we threw over a friend of 30 years to embrace the future. The future held the Muslim Brotherhood, unrest and a military coup. Americans have grown more hard-eyed—more bottom-line and realistic, less romantic about foreign endeavors, and more concerned about an America whose culture and infrastructure seem to be crumbling around them.

The administration has no discernible strategy. A small, limited strike will look merely symbolic, a face-saving measure. A strong, broad strike opens the possibility that the civil war will end in victory for those as bad as or worse than Assad. And time has already passed. Assad has had a chance to plan his response, and do us the kind of damage to which we would have to respond.

There is the issue of U.S. credibility. We speak of this constantly and in public, which has the effect of reducing its power. If we bomb Syria, will the world say, “Oh, how credible America is!” or will they say, “They just bombed people because they think they have to prove they’re credible”?

We are, and everyone knows we are, the most militarily powerful and technologically able nation on earth. And at the end of the day America is America. We don’t have to bow to the claim that if we don’t attack Syria we are over as a great power.

Are North Korea and Iran watching? Sure. They’ll always be watching. And no, they won’t say, “Huh, that settles it, if America didn’t move against Syria they’ll never move against us. All our worries are over.” In fact their worries, and ours, will continue.

Sometimes it shows strength to hold your fire. All my life people have been saying we’ve got to demonstrate our credibility—that if we, and the world, don’t know we are powerful by now we, and they, will never know.

Finally, this president showed determination and guts in getting Osama bin Laden. But a Syria strike may become full-scale war. Is Barack Obama a war president? On Syria he has done nothing to inspire confidence. Up to the moment of decision, and even past it, he has seemed ambivalent, confused, unaware of the implications of his words and stands. From the “red line” comment to the “shot across the bow,” from the White House leaks about the nature and limits of a planned strike to the president’s recent, desperate inclusion of Congress, he has seemed consistently over his head. I have been thinking of the iconic image of American military leadership, Emanuel Leutze’s painting “Washington Crossing the Delaware.” There Washington stands, sturdy and resolute, looking toward the enemy on the opposite shore. If you imagine Mr. Obama in that moment he is turned, gesturing toward those in the back. “It’s not my fault we’re in this boat!” That’s what “I didn’t set a red line” and “My credibility is not at stake” sounded like.

A point on how quickly public opinion has jelled. There is something going on here, a new distance between Washington and America that the Syria debate has forced into focus. The Syria debate isn’t, really, a struggle between libertarians and neoconservatives, or left and right, or Democrats and Republicans. That’s not its shape. It looks more like a fight between the country and Washington, between the broad American public and Washington’s central governing assumptions.

I’ve been thinking of the “wise men,” the foreign policy mandarins of the 1950s and ’60s, who so often and frustratingly counseled moderation, while a more passionate public, on right and left, was looking for action. “Ban the Bomb!” “Get Castro Out of Cuba.”

In the Syria argument, the moderating influence is the public, which doesn’t seem to have even basic confidence in Washington’s higher wisdom.

Source: WSJ.com – Peggy Noonan: “Why America Is Saying ‘No'” 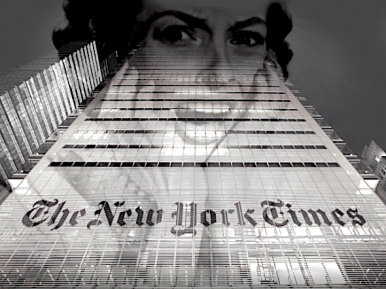 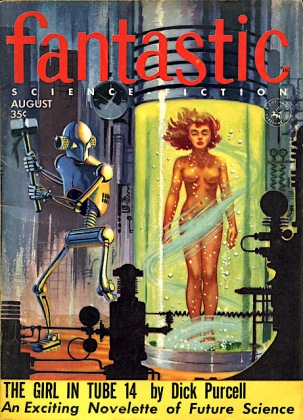 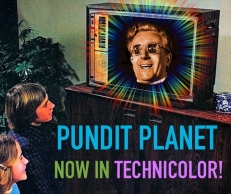