← Congress: Welcome to the Millionaires Club
The Curious Conservative Case for Increasing Nationwide Minimum Wage to $12 an Hour →

Dominic Patten writes:  First Mia Farrow tweeted she was turning off the Golden Globes on NBC when they went to the Woody Allen tribute. Now her son and upcoming MSNBC host Ronan Farrow lashed out against his mother’s former longtime companion, also on Twitter.

Missed the Woody Allen tribute – did they put the part where a woman publicly confirmed he molested her at age 7 before or after Annie Hall?

This comes after MSNBC is still trying to get over the successive embarrassment of departures of Alec Baldwin and Martin Bashir for incendiary remarks and Melissa Harris-Perry‘s ill-considered comments targeting Mitt Romney’s adopted black grandson.

MSNBC has not given Farrow’s program a name or a time slot, but network chief Phil Griffin has called it  “a game changer” for the network, “representing a fresh approach to how we deliver news.” Farrow, 25, was brought on to contribute to the network’s website and other platforms inside the NBC News portfolio.  Before being named to his MSNBC gig, Farrow was a foreign policy official with the Obama administration.

Contacted by Deadline, NBC reps had no comment on Farrow’s remarks. 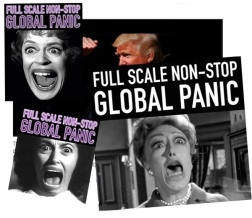 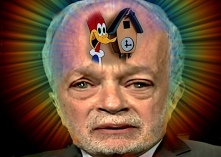