Known for crafting scripts for the stage and screen with maximum authorial command, David Mamet is the last guy I’d count on to “go with the flow” in a dispute about content.

Milwaukee’s Alchemist Theatre has canceled its production of the David Mamet drama “Oleanna” after one performance after receiving a cease-and-desist letter from the playwright’s representatives over the theater company’s decision to cast a male actor in the play’s lead female role.

Violating an author’s material to add new chapters in the gender debate would be a non-issue if the author were a dead white male. They picked a live one. Who better to tango with than a famous successful macho provocateur like David Mamet?

“Oleanna,” introduced to audiences shortly after the Anita Hill/Clarence Thomas hearings in 1991, centers on the relationship between a professor and a female student who accuses him of harassment and rape.

In Alchemist’s production, which opened Thursday night, Ben Parman was cast in the role of Carol, the student. David Sapiro plays John, the professor.

“We excitedly brought this story to the stage because even though it was written years ago, the unfortunate story that it tells is still relevant today. We auditioned for this show looking for the best talent, not looking for a gender. When Ben Parman auditioned we saw the reality that this relationship, which is more about power, is not gender-specific but gender-neutral.”

Blogger Ann Althouse posted an item about this, and asks:

Do you think Mamet overreacted? I’d like to hear his point of view. This seems heavy handed toward regional theater, but I assume the license has terms and the terms were violated. Why didn’t the theater seek permission before committing to this path?

I’d like to hear Mamet’s view, too. At this time (the news of the play’s closure was reported in the journal Sentinel less than 24 hours ago) he’s not made any public comments, but I suspect we’ll see something within a few days. I agree with Althouse when she says,

“…It’s specifically all about the male teacher/female student relationship. If it’s about 2 men, it’s a different story. There’s nothing wrong with telling different stories, bouncing off an old text, and any given production can stand on its own merit, but Mamet owns the rights…”

“Oleanna” is ripe for reinterpretation. Gender elasticity is the preoccupation of our time. For talented writers like Kevin D. Williamson, it’s a lively debate topic. (read his Laverne Cox piece if you haven’t yet, exploding with 8736 Comments) For any number of hack journalists, academics, bloggers, and media figures, it’s an echo chamber. Why not theater people, too? It’s easy to see the temptation. Especially with material like “Oleanna“.

But it’s inconceivable that anyone even casually familiar with Mamet’s work could underestimate this author’s seriousness about precision, fidelity, and creative control. Of all the writers to screw with, David Mamet? Really?

“…I suspect he’s angry that he wasn’t asked, but I also think he would have said no, it wrecks his story, and isn’t that probably why they didn’t ask?”

I agree, if asked, Mamet would likely have said no, though he might have invited Alchemist to make its case before declining.

But it wasn’t just that Mamet wasn’t asked. The casting choice was concealed until the curtain went up. It was staged for maximum controversy. Read Erica Case and Aaron Kopec’s statement, see if you think it makes sense.

“We auditioned for this show looking for the best talent, not looking for a gender. When Ben Parman auditioned we saw the reality that this relationship, which is more about power, is not gender-specific but gender-neutral.”

Authors and lawyers are inclined to be more specific.

“We stayed true to each of David Mamet’s powerful words and did not change the character of Carol but allowed the reality of gender and relationship fluidity to add to the impact of the story. We are so very proud of the result, of both Ben and David Sapiro’s talent, and Erin Eggers’ direction.”

The “reality of gender and relationship fluidity”? This is the kind of postmodern academic gibberish that Mamet brilliantly savages in his plays. What they’re essentially saying is, “we reject the author’s reality, and are substituting our reality.” As Williamson says, “facts are not subject to our feelings.”

Not knowing the details of the contractual agreements involved in staging plays, it’s not clear if Erica Case and Aaron Kopec thought they were taking a calculated risk, and expected to succeed? Or expected to fail, intentionally provoking the author, invitng a shut-down, figuring they’d benefit either way? That they went to “unusual lengths” to conceal their casting gambit suggests an attention-seeking stunt.

Violating an author’s material to add new chapters in the gender debate would be a non-issue if the author were a dead white male. They picked a live one. Who better to tango with than a famous successful macho provocateur like David Mamet?

Dramatists Play Service, which represents Mamet and which gave Alchemist the rights to produce the play, didn’t see it that way. The firm sent the cease-and-desist letter Friday, the day that reviews of the show appeared online and revealed the company’s casting decision — a decision that the company went to unusual lengths to keep hidden before opening curtain.

In their statement on the cancellation, Case and Kopec said Alchemist will issue full refunds and complimentary tickets to another Alchemist show to each ticketholder.

Mamet and his agents have a history of being very protective of the playwright’s work. Earlier this year, when Milwaukee’s Next Act Theatre staged Mamet’s play “Race,” the contract barred talk-backs after the show. In 1999, his representatives sent a cease-and-desist letter barring a theater company in New York from staging an all-women production of “Goldberg Street.” 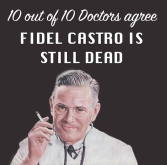 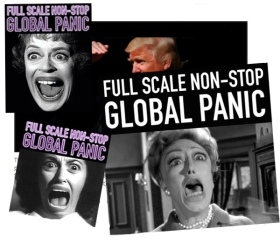 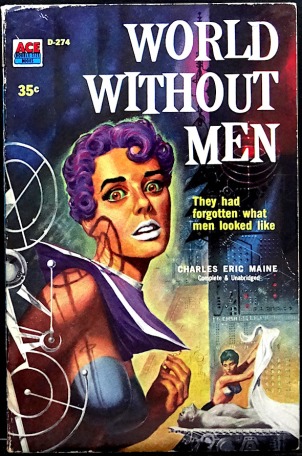 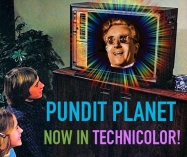