← The Battle of Seattle & The Silence of Bambi
Time Management: Stoner’s To-Do List →

WASHINGTON — Jeff Foust writes: The failure of a Russian Progress spacecraft to deliver cargo to the International Space Station is unlikely to have a significant near-term effect on station operations, but will place a greater burden on upcoming resupply missions and could alter the cargo those missions carry.

A Soyuz-2.1a rocket carrying the Progress M-27M spacecraft lifted off on schedule from the Baikonur Cosmodrome in Kazakhstan at 3:09 a.m. Eastern time April 28. The launch appeared to take place normally, putting the spacecraft on track to dock with the ISS about six hours later.

However, shortly after the Progress reached orbit, controllers reported that two antennas used as part of the spacecraft’s docking system failed to deploy properly. NASA initially announced that the docking would be delayed until early April 30 to give engineers time to resolve the antenna problem.

“Roscosmos announced that the Progress will not be docking and will reenter the Earth’s atmosphere here some days in the future.”

Within hours, though, it was clear the problem with the Soyuz was more serious than a faulty antenna. The spacecraft entered a roll, and Russian controllers reported problems maintaining communications with the spacecraft. NASA announced later April 28 that it had called off an attempted April 30 docking.

The U.S. Air Force’s Joint Space Operations Center, tracking the Progress, said in an April 28 statement that the spacecraft was rotating “at a rate of 360 degrees every five seconds,” or 12 RPM. The Air Force also reported tracking 44 pieces of debris in the vicinity of the Progress and its Soyuz upper stage, but could not determine from which object the debris originated.

NASA and the Russian space agency Roscosmos ruled out any attempt to dock the Progress with the ISS on April 29. “Roscosmos announced that the Progress will not be docking and will reenter the Earth’s atmosphere here some days in the future,” NASA astronaut Scott Kelly, currently on the station, said in an interview on NASA Television April 29.

With no ability to control the spacecraft, the Progress’s orbit will decay and the spacecraft will reenter some time in early May. Holger Krag, head of the European Space Agency’s Space Debris Office, said April 30 that he estimated the Progress would reenter on May 9, with a margin of error of two days.

Most of the spacecraft will burn up in the atmosphere. “However, we cannot exclude the chance that some portion of its structure, for example the heavy docking mechanism or tanks and thrusters, could survive reentry to reach the surface,” Krog said.

A typical Progress mission normally ends with the spacecraft reentering over a remote region of the South Pacific Ocean. Krog, though, said the risk to anyone on the ground from Progress debris “is extremely small.”

The Progress was carrying more than 2,750 kilograms of supplies for the ISS, including fuel, water, and equipment. NASA said April 28 that none of the supplies are considered critical for operation of the station, including some spare parts and crew clothing that NASA included on the Russian spacecraft…(read more) 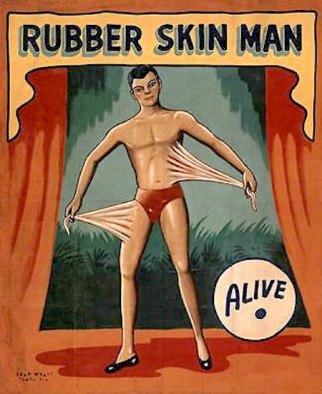