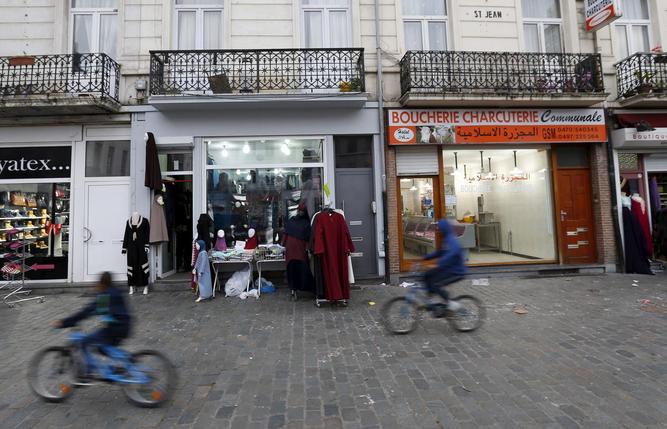 “Almost every time, there is a link to Molenbeek,” said 39-year-old centrist prime minister Charles Michel, whose year-old coalition is battling radical recruiters who have tempted more than 350 Belgians to fight in Syria – relative to Belgium’s 11 million population, easily the biggest contingent from Europe.

But “preventive measures” of the past few months were not enough, Michel said, describing Molenbeek as a “gigantic problem” and saying: “There has to be more of a crackdown.”

His interior minister, Jan Jambon, vowed to “cleanse” the district personally. Conservatives blamed lax oversight on left-wing predecessors, nationally and in Molenbeek town hall, and dueled over whether Dutch-speaking Flanders or mainly French-speaking Brussels and the south did more to curb the radicals.

Such differences, which have translated into a profusion of layers of government and policing in an effort to appease centrifugal forces that long threatened to break Belgium apart, have created problems for intelligence and security services.

Jambon has complained himself of a profusion of police forces across state and language lines, including six in Brussels alone, a city of just 1.8 million…..(read more)

One Comment on “‘Breeding Ground for Violence’: Belgium’s Islamist ‘Airbase’ ”