← How Much Propaganda Does The Government Dump On Us?
Japanese Journalist Held Hostage in Syria  →

U.S. Embassy in Beijing Warns of ‘Possible Threats Against Westerners’ on Christmas Eve 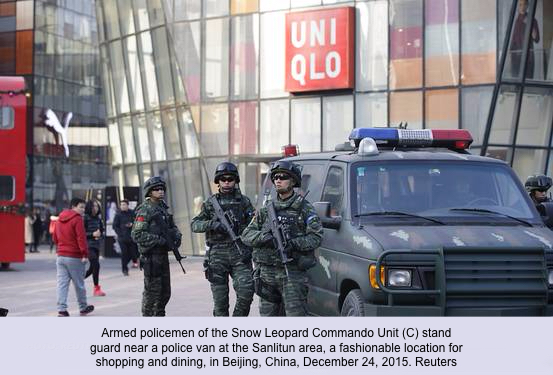 Carlos Tejada reports: The U.S. Embassy in Beijing issued a rare security alert for Westerners in the Chinese capital city on Christmas Eve, prompting a number of other foreign embassies to follow suit.

The notice posted on Thursday said the embassy had received “information of possible threats against Westerners” patronizing the area around Sanlitun, the site of a number of tony shops and restaurants catering to foreigners and affluent Chinese alike. The area is also close to a number of embassies, though not the U.S. embassy.

It said U.S. citizens should be vigilant. An embassy spokesman said he didn’t have additional information. 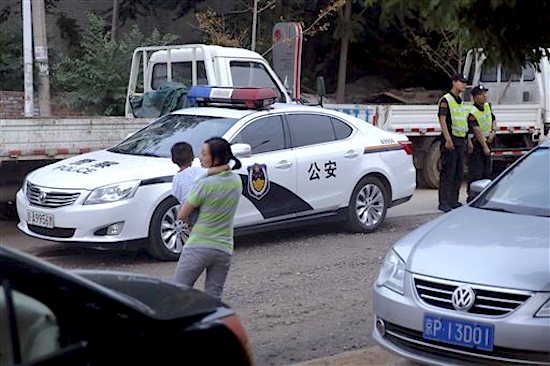 A number of other embassies — including those for the U.K., the Netherlands, and Italy –  issued their own alerts, with many citing the U.S.

Beijing police didn’t immediately respond to a request for comment. Via social media, they issued their own security alert, though it didn’t specify any specific threats. It wasn’t clear whether the police notice was related to the embassy advisories. Chinese authorities have routinely issued security notices during holidays, even during foreign holidays such as Christmas.

A Foreign Ministry spokesman referred questions to other authorities. He added that Chinese authorities would do their best to ensure the safety of foreigners in the country.

A small group of armed troops were stationed in front of the Tai Koo Li mall, a high-end shopping center famous for housing an Apple Store that is sometimes the scene of scuffles when the gadget maker updates one of its popular products. Chinese security personnel also erected spiked barricades near embassies in the area.

A number of local businesses said they didn’t have additional information.

Beijing is no stranger to terrorism. Two years ago, a group drove a vehicle into a crowd of tourists in front of Tiananmen Square and lit the gasoline inside on fire, in an incident that killed five people — including the three attackers in the vehicle — and injured dozens…(read more)

One Comment on “U.S. Embassy in Beijing Warns of ‘Possible Threats Against Westerners’ on Christmas Eve”