← Back Home After 172 Days in Space
[VIDEO] Krauthammer: It’s Obvious Obama ‘Did Not Want Anybody to Know’ About Iran Ransom → 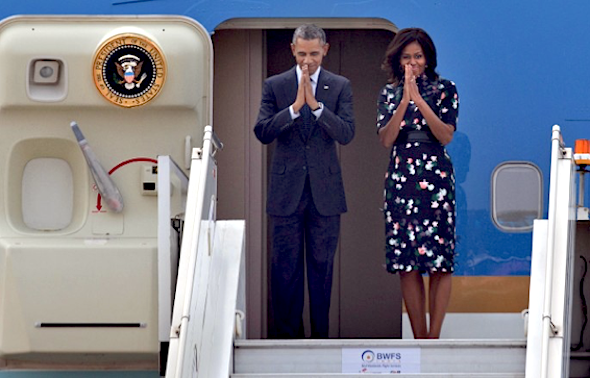 Since 2009 USCIS has doled out $63 million in these grants to prepare more than 156,000 resident immigrants in dozens of states for U.S. citizenship, according to the agency’s figures. Besides the free classes, Uncle Sam also offers immigrants free “naturalization legal services,” the latest USCIS grant announcement states. “Recipient organizations serve both traditional immigrant destinations and new immigrant getaway cities in 21 states,” the USCIS document reads. The latest $10 million investment will prepare approximately 25,000 residents from more than 50 countries, according to the agency. More than a dozen states—including California, New York, Florida, Washington and Ohio—with large resident immigrant populations are being targeted as well as cities with huge immigrant populations such as Miami, Los Angeles, Chicago, San Francisco and Washington D.C.

The Department of Homeland Security (DHS) has been aggressive in promoting its citizen integration grant program this year, offering large sums to recruit new groups that can offer immigrants the services they need to become citizens. Clearly, the ultimate goal is qualifying as many immigrants as possible to vote since they tend to cast ballots for Democrats. “We intend to award about $1 million to first-time recipients in the Citizenship and Integration Grant Program for fiscal year 2016,” the agency’s grant announcement states. “If you represent one of these organizations, or know of an interested organization, we strongly encourage that organization to consider applying. Additionally, another $9 million will fund programs that provide both citizenship instruction and instruction and naturalization application services.” Some might consider this a cash giveaway.

This is part of a broader, government-wide initiative launched by the president to “strengthen federal immigrant and refugee integration infrastructure.” The mission is to facilitate life in the U.S. for immigrants and refugees by enhancing pathways to naturalization, building welcoming communities and providing “mobile immigration services in underserved communities.” To carry out this important mission Obama created a special Task Force on New Americans chaired by his Domestic Policy Director, Cecilia Muñoz, the former vice president of the powerful open borders group National Council of La Raza (NCLR). Millions of taxpayer dollars have funded the task force’s various enterprises, including multilingual media campaigns promoting immigrant rights….(read more)