← [VIDEO] Maxine Waters Is Connecting the Dots
[VIDEO] Roger Ailes Dies at 77: Here is how the Mainstream Media Reacted →

Roger Ailes’ Cause of Death Revealed by Medical Examiner

Ailes “died this morning of complications of a subdural hematoma after he fell at home injuring his head,” said the report. “Hemophilia contributed to his death and his manner of death was accidental. There was no evidence of foul play.”

Ailes died just three days after his 77th birthday. He was a towering figure in the fast-paced business of cable news, but sexual harassment allegations forced him out of Fox News last year.

TMZ had previously reported that Ailes fell in his Florida home eight days ago, which led to his death. He was known to have battled health issues in the past … (read more) 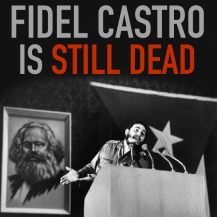