OH YES HE DID: Nebraska Democrat Party Official FIRED After Being Caught On Tape Wishing Scalise was Dead 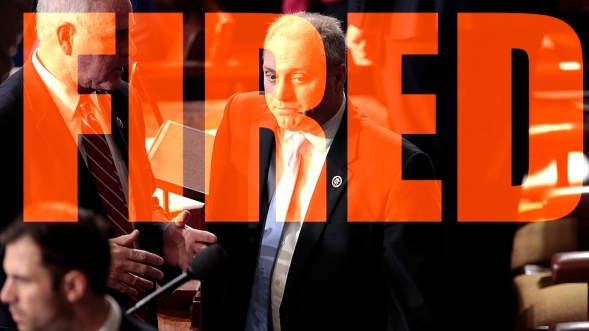 “This motherf—er, his whole job is like to get people, convince Republicans to f—ing kick people off f—ing healthcare. I’m glad he got shot.”

Josh Delk reports: An official appointed by the Nebraska Democratic Party was ousted by the state party chairwoman on Thursday after the discovery of a recording in which he allegedly celebrated the shooting of a U.S. House Republican.

In the recording, posted without context on an advocacy site, the official, Phil Montag, is referring to House Majority Whip Steve Scalise (R-La.) when he says, “This motherf—er, his whole job is like to get people, convince Republicans to f—ing kick people off f—ing healthcare. I’m glad he got shot.”

Montag did not deny that the voice in the recording is his but said he believed it had been edited to take his words out of context.

Nebraska Democratic Chairwoman Jane Kleeb fired Montag, voluntary co-chairman of the party’s technology committee, as soon as she heard the incriminating recording. Kleeb told the Omaha World-Herald that her report to the police about the conversation was out of concern that it represented a possible death threat.

“This is the first I am hearing of this,” Kleeb said by email to the paper. “As soon as I heard it, I sent it to the [party] officers and then sent an email to Phil Montag, informing him I am removing him from his appointed position as co-chair of the Technology Committee.”

“Wishing a member of congress or any individual dead is disgusting and has no place in our party,” she said … (read more)

One Comment on “OH YES HE DID: Nebraska Democrat Party Official FIRED After Being Caught On Tape Wishing Scalise was Dead ”