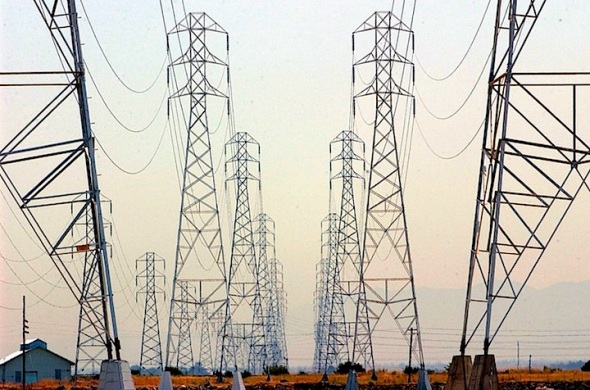 Hackers had the power to cause blackouts, Symantec says. And yes, most signs point to Russia.

Andy Greenberg writes: In an era of hacker attacks on critical infrastructure, even a run-of-the-mill malware infection on an electric utility’s network is enough to raise alarm bells. But the latest collection of power grid penetrations went far deeper: Security firm Symantec is warning that a series of recent hacker attacks not only compromised energy companies in the US and Europe but also resulted in the intruders gaining hands-on access to power grid operations—enough control that they could have induced blackouts on American soil at will.

Symantec on Wednesday revealed a new campaign of attacks by a group it is calling Dragonfly 2.0, which it says targeted dozens of energy companies in the spring and summer of this year. In more than 20 cases, Symantec says the hackers successfully gained access to the target companies’ networks. And at a handful of US power firms and at least one company in Turkey—none of which Symantec will name—their forensic analysis found that the hackers obtained what they call operational access: control of the interfaces power company engineers use to send actual commands to equipment like circuit breakers, giving them the ability to stop the flow of electricity into US homes and businesses.

“There’s a difference between being a step away from conducting sabotage and actually being in a position to conduct sabotage … being able to flip the switch on power generation,” says Eric Chien, a Symantec security analyst. “We’re now talking about on-the-ground technical evidence this could happen in the US, and there’s nothing left standing in the way except the motivation of some actor out in the world.”

Never before have hackers been shown to have that level of control of American power company systems, Chien notes. The only comparable situations, he says, have been the repeated hacker attacks on the Ukrainian grid that twice caused power outages in the country in late 2015 and 2016, the first known hacker-induced blackouts.

Security firms like FireEye and Dragos have pinned those Ukrainian attacks on a hacker group known as Sandworm, believed to be based in Russia. But Symantec stopped short of blaming the more recent attacks on any country or even trying to explain the hackers’ motives. Chien says the company has found no connections between Sandworm and the intrusions it has tracked. Nor has it directly connected the Dragonfly 2.0 campaign to the string of hacker intrusions at US power companies—including a Kansas nuclear facility—known as Palmetto Fusion, which unnamed officials revealed in July and later tied to Russia.

Chien does note, however, that the timing and public descriptions of the Palmetto Fusion hacking campaigns match up with its Dragonfly findings. “It’s highly unlikely this is just coincidental,” Chien says. But he adds that while the Palmetto Fusion intrusions included a breach of a nuclear power plant, the most serious DragonFly intrusions Symantec tracked penetrated only non-nuclear energy companies, which have less strict separations of their internet-connected IT networks and operational controls.

As Symantec’s report on the new intrusions details, the company has tracked the Dragonfly 2.0 attacks back to at least December of 2015, but found that they ramped up significantly in the first half of 2017, particularly in the US, Turkey, and Switzerland. Its analysis of those breaches found that they began with spearphishing emails that tricked victims into opening a malicious attachment—the earliest they found was a fake invitation to a New Year’s Eve party—or so-called watering hole attacks that compromise a website commonly visited by targets to hack victims’ computers.

Those attacks were designed to harvest credentials from victims and gain remote access to their machines. And in the most successful of those cases, including several … (read more)