Nearly 20,000 emails sent and received by Democratic National Committee staff members were released by Wikileaks, with one message in particular raising questions about the committee’s impartiality during the Democratic primary.

J. Taylor Rushing, Us Political Reporter In Washington and David Martosko, Us Political Editor For Dailymail.com report: Pope Francis delivered a stinging blow to nativist conservatives bent on keeping illegal immigrants and Middle Eastern refugees out of the United States, saying Thursday in a landmark address to Congress that Americans should show compassion to immigrants of all stripes.

“I cannot hide my concern for the family, which is threatened, perhaps as never before, from within and without.”

‘When the stranger in our midst appeals to us, we must not repeat the sins and the errors of the past,’ the Roman Catholic pontiff said. ‘We must resolve now to live as nobly and as justly as possible, as we educate new generations not to turn their back on our “neighbors” and everything around us.’

“Francis told lawmakers that the ‘Golden Rule … reminds us of our responsibility to protect and defend human life at every stage of its development.'”

Speaking in English – a language he has learned only recently – Francis also dropped coded messages to conservatives about gay marriage and abortion, and made an impassioned plea for a left-leaning approach to capital punishment in an unprecedented visit to Capitol Hill by a sitting Pope.

‘I cannot hide my concern for the family, which is threatened, perhaps as never before, from within and without,’ Francis told a packed House chamber filled with legislators, Supreme Court justices and multiple presidential candidates. 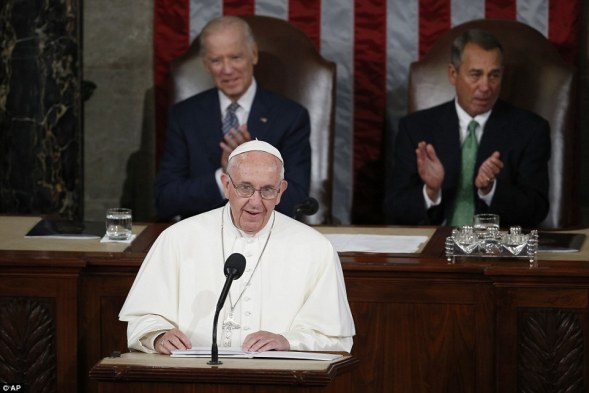 Francis took the opportunity to lecture lawmakers on a variety of topics ranging from social to environmental issues. Known as a forceful advocate, he did not disappoint

Francis’s address was heard by an audience of several hundred, including lawmakers, Supreme Court justices and presidential candidates

“Fundamental relationships are being called into question, as is the very basis of marriage and the family.”

And without mentioning abortion by name – or the name of the embattled domestic Planned Parenthood organization – Francis told lawmakers that the ‘Golden Rule … reminds us of our responsibility to protect and defend human life at every stage of its development.’

Francis spoke calmly but emphatically, never raising his voice as presidents often do in their State of the Union addresses to joint congressional sessions.

He was greeted by polite applause at certain points – particularly when he began reciting the Golden Rule but was interrupted before he could finish – ‘do unto others as you would have done unto you.’

Also, notably, applause broke out after these words: ‘The Golden Rule reminds us of our responsibility to protect and defend human life at every stage of development.’

But the applause was never raucous, a sign that members heeded party leaders’ directive not to applaud effusively or ‘glad-handle’ Francis if they got close to him.

Behind him on the raised speaker’s dais, close watchers got a different show during the speech, as both Vice President Joe Biden and House Speaker John Boehner – both well-known emotional men – proved to be almost as watchable.

Throughout the speech, Biden gravely nodded his head and looked down as if in serious thought. But Boehner appeared to tear up at several points, and was openly crying later on the Speaker’s Balcony after the address.

The pontiff made clear his firmness on the sanctity of human life, not only the veiled reference to abortion but also his opposition to the death penalty. 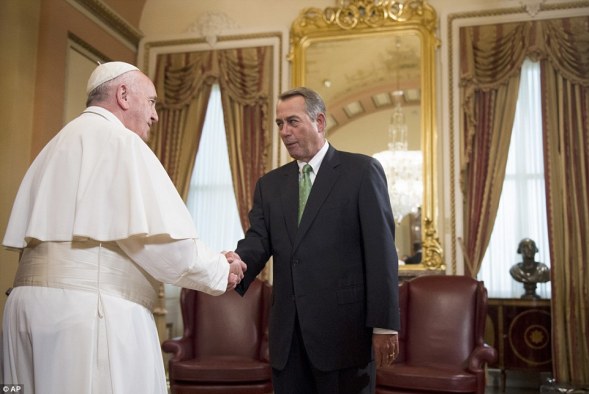 Biden, a Roman Catholic who co-presided over the Joint Session of Congress as the constitutionally appointed president of the U.S. Senate, caused a stir this week by declaring that he believes life begins at conception.

But it’s Francis’ comments about immigrants that will be most sharply felt as the U.S. deals with the twin crises of Syrian refugees and an immigrant invasion from Mexico and Central America, both of which the Obama administration has taken steps to pacify by loosening America’s borders as a show of compassion. END_OF_DOCUMENT_TOKEN_TO_BE_REPLACED 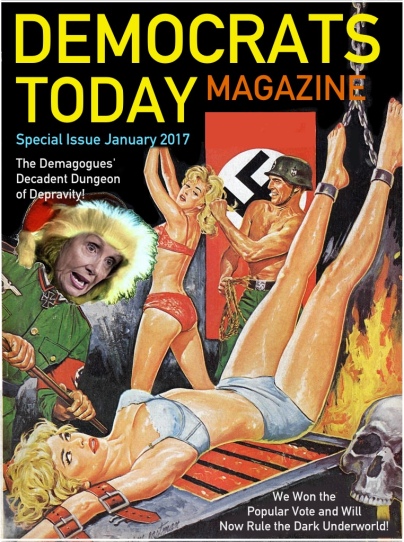 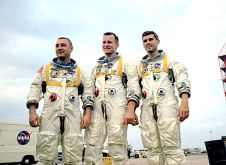