Police said they don’t believe the weapon used in the attack came from inside Turkey. The serial number on the weapon had been defaced. END_OF_DOCUMENT_TOKEN_TO_BE_REPLACED

But the seizures have outraged worshippers at the churches, who fear a government coup against their religion are now threatening to take legal action against the decision. END_OF_DOCUMENT_TOKEN_TO_BE_REPLACED

VICE Journalists Charged With Working for ‘Terrorists’ in Turkey 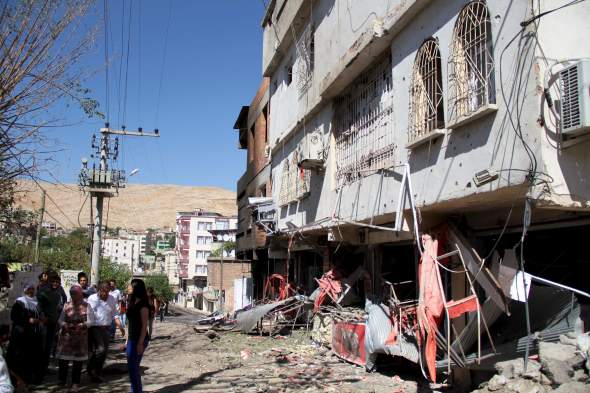 “Today the Turkish government has leveled baseless and alarmingly false charges of ‘working on behalf of a terrorist organization’ against three VICE News reporters, in an attempt to intimidate and censor their coverage.”

— A spokesman for VICE

Jake Hanrahan, Philip Pendlebury, as well as a fixer and a driver were detained by the Turkish authorities while reportedly filming clashes between police and supporters of the outlawed Kurdistan Workers’ Party (PKK) in the province of Diyarbakir.

On Monday, they were charged in a Turkish court, VICE said. END_OF_DOCUMENT_TOKEN_TO_BE_REPLACED 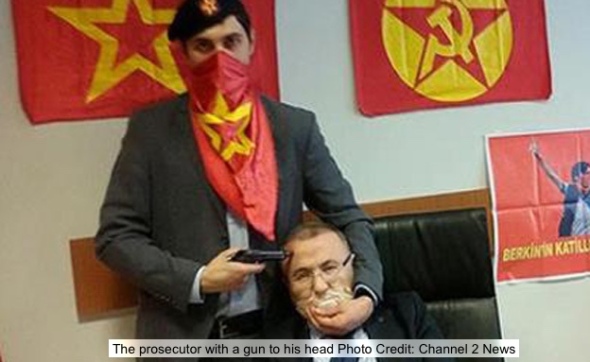 Yael Klein writes: The prosecutor, Mehmet Selim Kiraz, was targeted by the organization because he represented the state in the sensitive case of a young man’s death during anti-government protests in 2013. Recep Tayyip Erdogan, who was the Turkish prime minister at the time of the protests, exercised a very strict policy against the protestors. The young man was killed after the police used excessive force against the demonstrators, and the organization has taken Kiraz hostage as an act of protest against Erdogan.

The Revolutionary People’s Liberation Party-Front has issued a message in the social media, threatening to execute the prosecutor by 3:36 pm (local time) if its demands are not answered. The members of the organization demand that the police officers who caused the death of the young man in the 2013 protests confess to killing him on live television. END_OF_DOCUMENT_TOKEN_TO_BE_REPLACED

Fake Cellphone Towers on Planes Used to Target Criminals, but Also Sift Through Thousands of Other Phones

WASHINGTON—Devlin Barrett reports: The Justice Department is scooping up data from thousands of cellphones through fake communications towers deployed on airplanes, a high-tech hunt for criminal suspects that is snagging a large number of innocent Americans, according to people familiar with the operations.

“The program cuts out phone companies as an intermediary in searching for suspects. Rather than asking a company for cell-tower information to help locate a suspect, which law enforcement has criticized as slow and inaccurate, the government can now get that information itself.”

The U.S. Marshals Service program, which became fully functional around 2007, operates Cessna aircraft from at least five metropolitan-area airports, with a flying range covering most of the U.S. population, according to people familiar with the program.

“Similar devices are used by U.S. military and intelligence officials operating in other countries, including in war zones, where they are sometimes used to locate terrorist suspects, according to people familiar with the work. In the U.S., these people said, the technology has been effective in catching suspected drug dealers and killers. They wouldn’t say which suspects were caught through this method.”

Planes are equipped with devices—some known as “dirtboxes” to law-enforcement officials because of the initials of the Boeing Co. unit that produces them—which mimic cell towers of large telecommunications firms and trick cellphones into reporting their unique registration information. END_OF_DOCUMENT_TOKEN_TO_BE_REPLACED