[VIDEO] Remember When Obama Did This In Response To Russian Meddling?

Conservative talk radio host Rush Limbaugh was on a tear on Wednesday over the media’s response to President Trump’s widely criticized summit with Russian President Vladimir Putin. Limbaugh dedicated one segment of the three-hour show to providing some uncomfortable flashblacks for Trump’s Democratic critics.

The Obama White House’s chief cyber official testified Wednesday that proposals he was developing to counter Russia’s attack on the U.S. presidential election were put on a ‘back burner’ after he was ordered to ‘stand down’ his efforts in the summer of 2016.

Here’s the video of Obama’s chief cyber official Michael Daniel revealing the “stand down” order in a Senate Intelligence Committee:

“This is the Obama administration,” said Limbaugh. “They knew the Russians were hacking. They knew Russians were engaging in cyber warfare, and the Obama White House chief cyber official testified that he was told to stand down. END_OF_DOCUMENT_TOKEN_TO_BE_REPLACED

At the beginning of his administration, Obama and his administration were eager to “reset” the United State’s relationship with Russia. The reset began with the infamous photo of former Secretary of State Hillary Clinton presenting Russian Foreign Minister Sergey Lavrov with a red “reset” button in 2009. One of Obama’s first foreign policy decisions was to scrap missile defense in Poland and the Czech Republic, which prompted celebration in Moscow.

In addition to scrapping missile defense, Obama announced in 2010 a historic Strategic Arms Reduction Treaty (START) treaty with Russia. The agreement was supposed to reduce the number of nuclear weapons held by the United States and Russia by a third. Over the course of the Obama administration, the Washington Free Beacon reported numerous violations of the START treaty by Russia as early as 2012.

Obama was caught on a hot mic in 2012 telling then-Russian President Dmitry Medvedev to give him “space” and that he would have more “flexibility” on missile defense after being reelected. END_OF_DOCUMENT_TOKEN_TO_BE_REPLACED 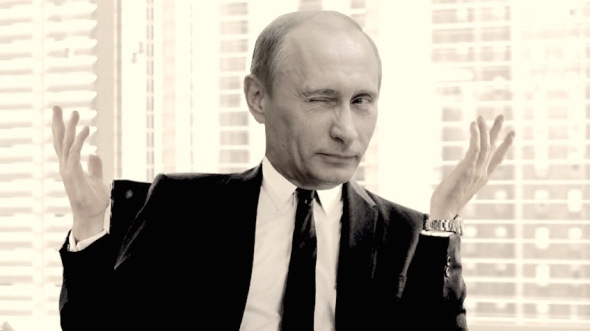 Despite Peskov’s best efforts, the theories about what could be behind Putin’s mysterious absence have continued to swirl

Russian President Vladimir Putin hasn’t been seen in public since March 5, and depending on whom you ask, he’s either dead, has had a stroke, has cancer, is being overthrown in a palace coup, or, contrary to his spokesperson’s denials Friday, has been out of the public eye because he has fathered a lovechild.

“Information that a child has been born to Vladimir Putin is not true,” Putin spokesman Dmitry Peskov told Forbes Russia. “I am planning to appeal to people who have money to organize a competition for the best journalistic hoax,” he added. 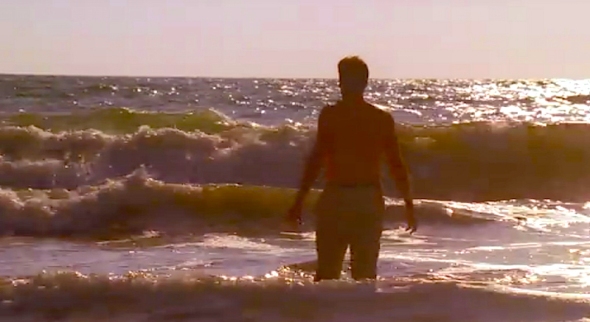 Speculation on Putin’s whereabouts began when he canceled a high-level trip to Astana, the capital of Kazakhstan, and then several other meetings this week, including the signing of a treaty with South Ossetia and an appearance at a meeting of top brass at the FSB, Russia’s domestic intelligence service. Putin’s absence has sent the Russian Twitterverse and media into overdrive, sparking the trending hashtag  #ПутинУмер (Putin Died), as well as a cottage industry of theories — some absurd and others more believable believable — to explain what is keeping the usually omnipresent Russian president from the public eye.

Peskov, meanwhile, has been on the offensive, steadfastly denying the Russian rumormill — often with colorful details. After shooting down rumors about Putin’s ill-health earlier this week on the radio station Ekho Moskvy, Peskov added that “his handshake is so strong he breaks hands with it.”

Yet despite Peskov’s best efforts, the theories about what could be behind Putin’s mysterious absence have continued to swirl. The Kremlin’s website has been posting photos of the Russian president attending meetings during his physical absence, but the Russian news outlet RBC investigated Putin’s schedule and found discrepancies. According to RBC, the meeting with the governor of the northwestern region of Karelia, reported on the official site as having taken place on March 11, had actually occurred a week earlier, and a Karelian website had actually already written about it on March 4. On Thursday, the Kremlin claimed that Putin spoke on the phone with  Armenian President Serzh Sargsyan. Sargsyan’s website issued the call with an identical transcript.

On Friday, the Kremlin issued three images showing Putin in a meeting with the head of the Supreme Court in Moscow on Friday. The state television channel, Rossiya 24, also aired video footage of the meeting. However, the dates of those photos have not been confirmed, and the footage have not been authenticated. END_OF_DOCUMENT_TOKEN_TO_BE_REPLACED

Russian lawmakers on Tuesday passed draconian legislation that cracks down on the content of popular blogs, forcing top bloggers to adhere to laws similar to those for mass media.

“The government would have unlimited opportunity for censorship of the Internet.”

Opponents of the law say it is so vaguely worded that it could be used to target any of the social networking sites and blogs that make up Russia’s most vibrant forum for opposition political debate.

Dr. Bill van Bise, electrical engineer, conducting a demonstration of Soviet scientific data and schematics for beaming a magnetic field into the brain to cause visual hallucinations. Source: CNN

“We are scared by the number of unarticulated points in the law and the lack of clear and transparent rules of the game,” warned the general director of Russia’s top social network VKontakte, Boris Dobrodeyev, quoted by the RIA Novosti news agency.

“That means you can’t bad-mouth a political opponent or write something bad about the police.”

The head of the Kremlin human rights council advisory body, Mikhail Fedotov advised against passing the legislation, which he called stricter than existing laws covering Internet media and so broad it would even apply to Prime Minister Dmitry Medvedev, who writes a blog. 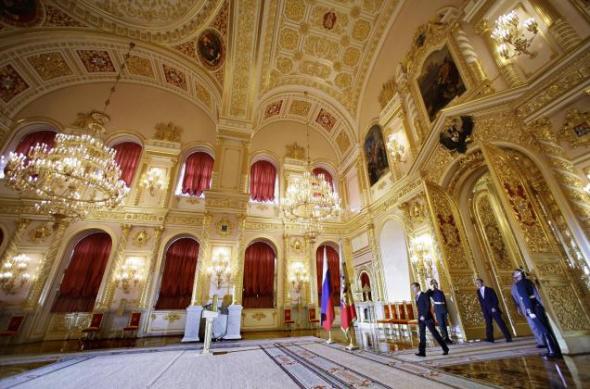 Under the new law, bloggers with more than 3,000 readers per day will be required to submit personal details to a special register.  END_OF_DOCUMENT_TOKEN_TO_BE_REPLACED

A year ago, there was a rising fear that the US and Russia were on the verge of a new Cold War. Today the relationship seems to have gone 180. The US and Russia are now on the verge of signing a new nuclear disarmament agreement and look increasingly in sync on Iran. Yesterday, Obama met directly with Russian President Dmitri Medvedev on the sidelines of the Asia-Pacific summit in Singapore where both leaders said negotiations on a new START agreement were close to completion. Medvedev also expressed his displeasure with Iran, giving another indication that Russia may back Obama should the Iranians reject the nuclear deal on the table. Following the meeting and Medvedev pronouncements, Obama concluded that “the reset button has worked.”

END_OF_DOCUMENT_TOKEN_TO_BE_REPLACED

Putin hasn’t had this much fun since he rode shotgun in George W. Bush’s truck…

END_OF_DOCUMENT_TOKEN_TO_BE_REPLACED

This got buried in a New York Times report on Russian resignation over a retaliatory attack from the West on Syria, but it should get a little more attention.  Barack Obama lashed out at Vladimir Putin after Russia offered Edward Snowden asylum by publicly ridiculing Putin as having the look of a slacker — and Putin hasn’t forgiven him:

END_OF_DOCUMENT_TOKEN_TO_BE_REPLACED 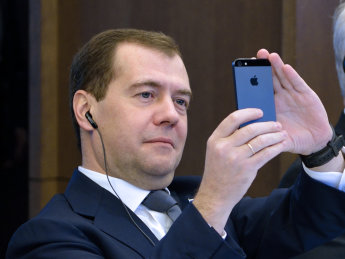 Russian Prime minister Dmitry Medvedev takes a picture of the Eiffel Tower with his smartphone during a meeting, on November 27, 2012, at French employers association MEDEF’s headquarters in Paris. (Photo credi:ERIC FEFERBERG/AFP/Getty Images)

As Apple enthusiasts worldwide gear up for an imminent release of the new iPhone, Apple wants to make sure that Russian citizens don’t miss out.

Apple has sent some of its top executives “to meet with key distributors to revisit how it sells devices” in Russia. TechCrunch reports that Russia has experienced a short supply of iPhones, challenges working with carriers and had a grey market in the past. Hopefully these talks will result in better availability and easier access to iPhones for Russian consumers.

TechCrunch reports that Svyaznoy, a key distributor in Russia, sells half the iPhones sold in Russia in its 3,300 stores. Other distributors of mobile phones may never get iPhones to sell or face high subsidy costs. A July article on AppleInsider reported that three Russian carriers dropped the iPhone due to marketing costs and subsidies.

As Ingrid Lunden of TechCrunch notes, if Apple launches a lower-cost iPhone, it “has a shot of killing two birds with one stone in emerging markets … Apple can use it as an opportunity to finally give consumers there the supply that it has been demanding … finally bring more users into the fold.” 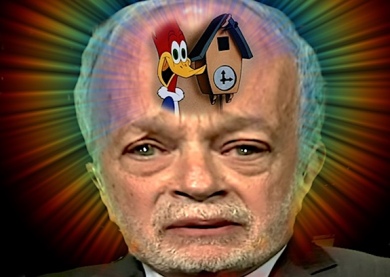 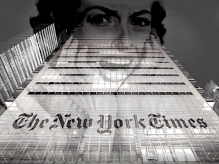 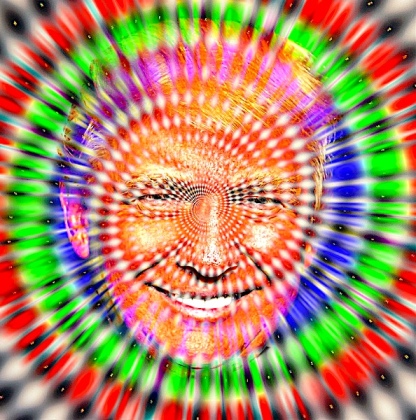