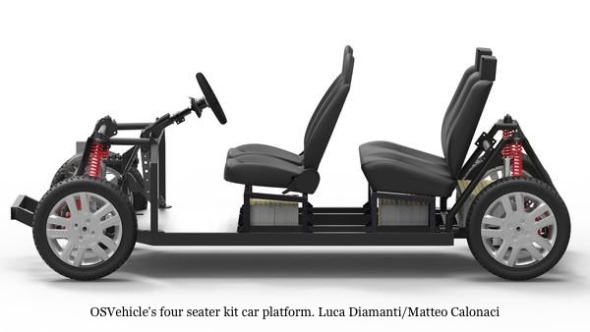 The car industry is tormented by how new rivals are coming in and upending the existing ways of doing business — whether that’s Tesla, Google or Apple.

One Hong Kong-based start-up wants to help accelerate the disruption.

OSVehicle will on Tuesday launch its latest “do-it-yourself car” — an electric four-seater that it says can be built in little over an hour from parts shipped in flatpacks from Italy and China.

“It lowers the barriers to entry for start-ups and entrepreneurs who want to create vehicles in a whole new segment of the industry.”

The kit is aimed at companies that want to sell electric vehicles or run car sharing schemes, with would-be carmakers buying a platform from OSVehicle rather than a complete product.

“Companies that are entering this market are focusing on specific technologies, such as self-driving or high power electric vehicles. We are eager to see all the open source components that come out of their research…adopted by other companies worldwide.”

They order the chassis, electric power-train, suspension, steering system and wheels from OSVehicle. Customers then create the bodywork to their own design.

“They order the chassis, electric power-train, suspension, steering system and wheels from OSVehicle. Customers then create the bodywork to their own design.”

“It lowers the barriers to entry for start-ups and entrepreneurs who want to create vehicles in a whole new segment of the industry,” said Carlo De Micheli, head of innovation at OSVehicle.

The kit car platform is based on another by OSVehicle that is a two-seater called Tabby.

The company has yet to decide on the price of the four-seater platform. The two-seater iteration of its Tabby platform retailed at $4,000, excluding the lithium-based battery pack.

The “OS” in OSVehicle stands for open source and the company is part of a growing trend of transparent innovation in the industry. END_OF_DOCUMENT_TOKEN_TO_BE_REPLACED

Tesla Might Find Success in China, but the Results Could Be Bad for the Environment

For MIT Technology Review, Mike Orcutt  writes: Sales of electric vehicles in China, the world’s largest auto market, have beenminuscule despite government incentives meant to put five million of the cars on the nation’s roads by 2020. Tesla Motors hopes to begin changing that as it makes its first deliveries of Model S sedans to customers in China this month. But while having more EVs might help China reach its transportation goals, it probably won’t improve the environment, given the country’s reliance on coal for more than 70 percent of its electricity. Making matters worse, coal in China is often dirtier than it is elsewhere, and many power plants don’t employ modern emission-control technologies.

Because China relies so heavily on coal for power, electric vehicles aren’t necessarily an improvement over gasoline-powered cars.

Recent research led by Christopher Cherry, a professor of civil and environmental engineering at the University of Tennessee, has shown that in much of the country, an electric vehicle the size of a Nissan Leaf accounts for roughly the same amount of carbon dioxide per mile driven as a comparable gasoline-powered car. On top of that, EVs in China account for a larger amount of dangerous particulate emissions than conventional cars. END_OF_DOCUMENT_TOKEN_TO_BE_REPLACED

Could Electric Cars Threaten the Grid?

Plugged in: A Tesla Model S recharges at a standard outlet.

Plugging in an electric vehicle is, in some cases, the equivalent of adding three houses to the grid. That has utilities in California—where the largest number of electric vehicles are sold—scrambling to upgrade the grid to avoid power outages.

Last year in the United States, only about 50,000 electric cars were sold. And researchers at the U.S. Department of Energy’s Pacific Northwest National Laboratory have calculated that the grid has enough excess capacity to support over 150 million battery-powered cars, or about 75 percent of the cars, pickups, and SUVs on the road in the United States. But there’s a catch. While power plants and transmission lines have excess capacity, things can get tight when it comes to distributing power to individual neighborhoods. And this is especially the case since electric vehicle sales aren’t evenly distributed. In California, for example, they’re taking off in Silicon Valley and places such as Long Beach and Santa Monica.

Electric cars being sold today can draw two to five times more power when they’re charging than electric cars that came on the market just a couple of years ago. But the impact of charging one depends on where it is on the grid and how it is charged. They don’t pose a problem if they’re charged slowly at conventional 110 volt outlets. And public fast-charging stations don’t impact the grid much because they are part of commercial grids that have transformers and other equipment sized to accommodate large loads.

END_OF_DOCUMENT_TOKEN_TO_BE_REPLACED 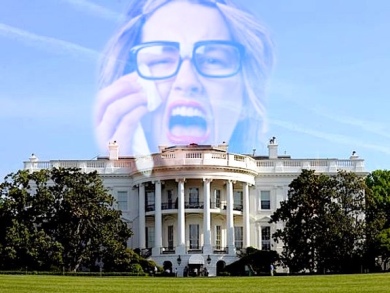 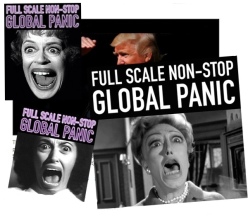 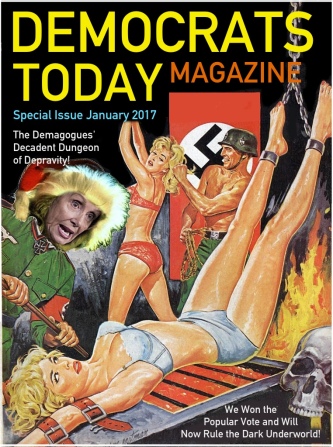