UNDERNEATH the “Hong Kong Miracle”

EXCLUSIVE: A few days ago, The Butcher posted a link to a good article about the origins of “the Hong Kong Miracle” – a term that is justifiably used to describe Hong Kong as a near “capitalist paradise” of very limited government intervention into all aspects of the lives of its citizens, very low apparent taxation and nearly wide-open individualism and personal opportunity. I’ve seen pieces like this before and hopefully, people will be writing them in

the future (and not discussions about how China “killed the goose that laid the golden eggs”).

“As part of my study, I’ve come to realize that there is a somewhat hidden key to the magic of Hong Kong’s economic, social and political success story.”

As an on-again, off-again resident of Hong Kong (“on” right now and for the next few months), I’m an avid reader of Chinese history in general, and Hong Kong history in particular. Last year I began the grueling process of becoming admitted as a lawyer (solicitor) in Hong Kong, taking the very difficult test administered to foreign lawyers from other Anglosphere jurisdictions as a gateway to that honor. (I’m nearing the end of that long journey now – in two weeks I’ll be in court here for my formal admission before a Chinese judge wearing the white wig and crimson robes that English judges have been wearing for over three hundred years, a wonderfully rich experience of the cultural melting pot that is Hong Kong.)

“And it behooves people who support the political philosophy (free-market capitalism and political liberty) underlying Hong Kong’s wonderfully free and open society to be aware of this key.”

As part of my study, I’ve come to realize that there is a somewhat hidden key to the magic of Hong Kong’s economic, social and political success story. And it behooves people who support the political philosophy (free-market capitalism and political liberty) underlying Hong Kong’s wonderfully free and open society to be aware of this key. Because, while I am as libertarian as they come, there IS a functioning government here that provides essential public goods. The seven million people who live and work here depend on the fantastically well-built and well-maintained physical and social infrastructure: Massive public works (like the great new airport – no one misses the dangerous approach to good old Kai Tak, huge bridges and tunnels), a clean, efficient mass-transit system, pretty darned good public schools, a semi-public health-care system, adequate police and an amazingly open and un-corrupted legal system.

[Also see: The Man Behind the Hong Kong Miracle]

The mystery comes from looking at all of these great elements of the public sphere in Hong Kong, and comparing it with the tax regime. The highest marginal income tax rate here is 18% (only the very highest earners pay this, and most of them figure out a way to avoid the highest rate), there is no capital gains tax, and there are very few other explicit taxes of any kind. Although most government services have associated user fees in the form of some kind of “stamp duty” (an Anglicism Americans understand as a tax), these stamp duties are fairly low – and would come nowhere near raising enough revenue to support the public sector. Likewise, while there are fees for riding on the MTR (the integrated mass transit system that includes subways, above-ground trains, buses, trolleys and ferries) and some tolls (for instance on the main tunnel linking Hong Kong Island with Kowloon and the mainland side), these charges again can’t raise enough revenue to support their overall function, much less the massive improvements in Hong Kong’s physical infrastructure I’ve personally seen in the 35 years since I first came here. END_OF_DOCUMENT_TOKEN_TO_BE_REPLACED

haonowshaokao writes: I’ve been editing videos from a few years back, trying to get to grips with the massive backlog, and I thought I’d have a go at fixing something I made when I returned to China in 2009 – a timelapse video shot from the front of a tram across Hong Kong Island.

The original version was ok in terms of general concept, but the juddering effect of the tram’s movement made the thing difficult to watch. In order to fix it I spent an hour or so messing about with the deshaker plugin for Virtualdub and then another hour masking the resultant odd framing in Sony Vegas, brightening up the picture a little, making it look pleasantly odd.

The result is quite a bit better, I think, though it’s difficult to know if you’re improving things when you apply a series of minor changes one by one. Sometimes that just means you’re slowly ruining it.

…here’s the original, in case anyone wants to compare & contrast: 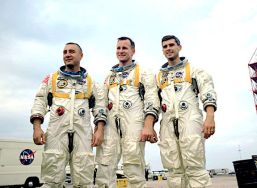 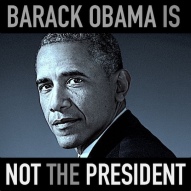