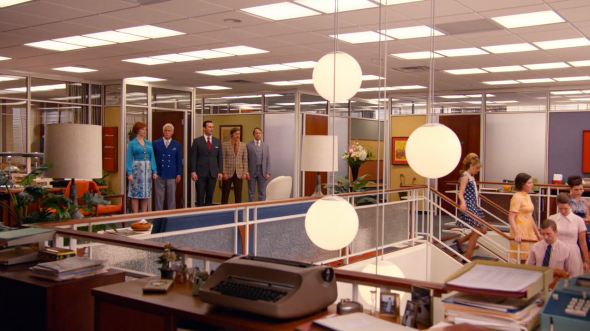 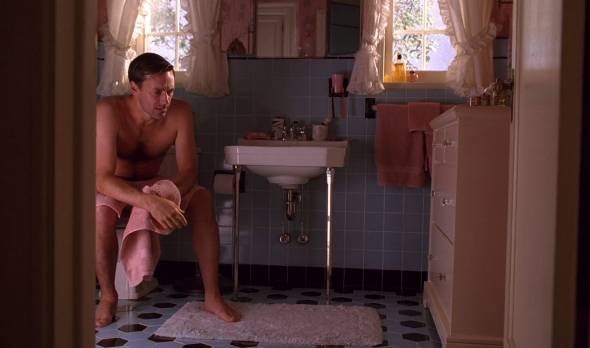 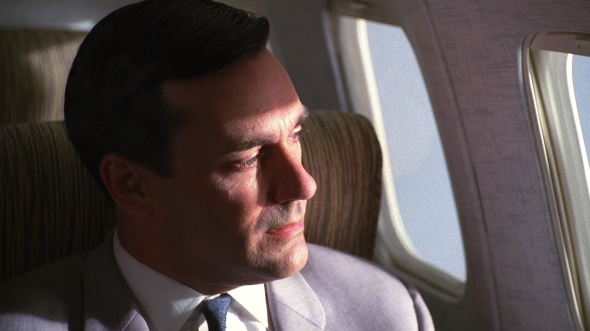 “Mad Men” is going out with a bang, setting a series of events for the evening of the show’s May 17 finale, including Television Academy panel sessions moderated by Variety‘s Debra Birnbaum.

The 5 p.m. PT event will stream live at TelevisionAcademy.com…(read more)

Julia Emmanuele writes: When you have a starring role on one of the biggest television shows in the world, people are going to try all kinds of dirty tricks to get you to drop hints about the new season.

Still, when we got the chance to catch up with Shipka before the final few episodes of Mad Men’s run premiere on April 5, we couldn’t help but try our luck at getting a few secrets out of her.

“Everyone kind of knows we can’t give anything away,” Shipka said apologetically. END_OF_DOCUMENT_TOKEN_TO_BE_REPLACED

In 2001, Matthew Weiner writes his first Mad Men script, which goes nowhere until 2005, when AMC decides to shop for its first original scripted series.

Matthew Weiner (creator) I finished the script and sent it to my agents. They didn’t read it for three or four months. (They’re not my agents anymore.) I was advised not to send it anywhere because that was at a time when there were big overall deals for comedy writers. People would pay for the anticipation of what your project would be, and actually having one was going to hurt you. I kept trying to get into HBO, but I never got a meeting. And I met with FX, which Kevin Reilly was running at that time. He talked to me about making it into a half‑hour. Then people started talking to me about a feature. It was my manager’s assistant who gave AMC the script. That’s who they were pawned off on.

Rob Sorcher (former executive vp programming and production, AMC) I’d relocated to the East Coast, and I’m working at this network, AMC, that has a collection of shit-ass movies. It’s like the lesser TCM, and I’m supposed to turn it into something. [What the network needed was] a show for cable operator retention. You want something that can’t be replicated elsewhere — like a Sopranos — because if you have a signature show, then you won’t be dropped [by cable operators]. So your strategy becomes: Let’s go for quality. But we have no money. So I hire Christina Wayne, who’s never done a thing in her life in terms of an executive.

Christina Wayne (former senior vp scripted programming, AMC) Years earlier, I’d wanted to option Revolutionary Road [Richard Yates‘ novel about suburbia in the 1960s]. But I was a nobody screenwriter, and [Yates’ estate] held out for bigger fish, which they got with Sam Mendes. So when I read [the Mad Men script], it resonated with me. This was a way to do Revolutionary Road, week in, week out. When we had lunch with Matt for the first time, I gave him the book. He called me after and said, “Thank God I’d never read this because I never would have written Mad Men.”

Weiner [My agents] were like, “You’re going to be coming off The Sopranos. I know you love this project, but don’t go [to AMC]. It’s really low status, no money, and even if they do it, they’ve never made a show before, and you don’t want to be their first one.”

Sorcher Every possible reason on paper why this should not work was cited: It’s super slow, it’s [about] advertising, everybody smokes, everybody’s unlikable and it’s period. We couldn’t sell it.

Jeremy Elice (former vp original programming, AMC) We sent it out looking for potential partners and got some nice responses, but generally speaking it was, “Yeah, not for us,” and “Who the f— is AMC?”

Wayne So we self-financed the whole thing ourselves. The pilot cost $3.3 million, and we did it in New York in the downtime when Sopranos was [on hiatus]. We used all of their crew.

JANUARY JONES AS … PEGGY?
Casting for the pilot begins in 2006. Weiner and AMC agree on hiring unknown actors.

Weiner There were famous people who came in to read. The guys from That ’70s Show came in — not Ashton, but the other guys. I’m still impressed by Danny Masterson. But at a certain point, it was working against them. My theory was that The Sopranos casting was great because you didn’t know who any of those people were. 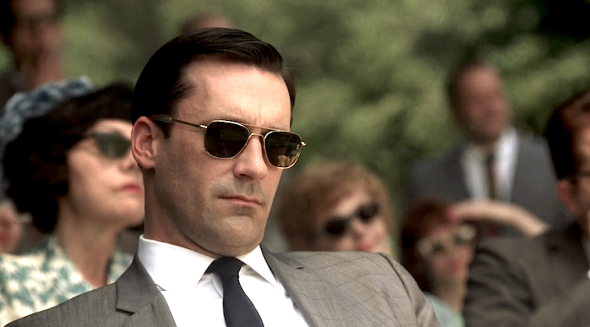 Jon Hamm (Don Draper) Some people went in once and got cast; there was a little more reticence with me. I was on the bottom of everyone’s list. The one person who was an early champion of mine was Matthew.

Weiner Back in [2006], there were no handsome leading men. It was not the style. Not that Jim Gandolfini‘s not handsome, but he’s not Jon Hamm. There are moments in time when it’s Dustin Hoffman and moments in time when it’s Robert Redford. It was a Dustin Hoffman era. People like me or Seth Rogen got the girl, and people likeBradley Cooper were standing on the side of the street being like, “Come on!”

Wayne Matt sent us two actors: Jon Hamm and Mariska Hargitay‘s husband,Peter Hermann. The quality of the that we were using sucked, and you couldn’t see how good-looking Jon Hamm was. We were like, “Really, this is who you think?” And Matt said, “Absolutely.” He’d been in the room, and he felt something with Jon. We had him come in again. We had to be sold, so we flew Jon to New York and took him for a drink at the Gansevoort hotel. He was nervous, but I knew that he had star potential. I whispered in his ear before he left, “You got the job.”

Elisabeth Moss (Peggy Olson) I was the first person to audition for Peggy. Matt showed us all our audition tapes at a gathering, and it’s hilarious because I don’t look anything like Peggy [in the tape]. I’m 23, blond, tan. I look like I just walked off of the beach.

John Slattery (Roger Sterling) I went in to read for Don; they wanted me to play Roger. Matt Weiner claims I was in a bad mood the whole [pilot]. I had a couple of scenes, but I wasn’t as emotionally invested as some of the people because there wasn’t that much of Roger in evidence yet. Being a selfish actor, I didn’t necessarily see the full potential in the beginning.

Christina Hendricks (Joan Holloway) I was up for another pilot, and I chose Mad Men. The [agency I was with] was like, “It’s on AMC, it’s a period piece, it’s never going to go. Are you crazy? You’re not going to make money for us …” I thought it was a little impatient of them. So I moved on.

January Jones (Betty Draper) I came in for Peggy twice. Matt said, “Well, there’s another role, but I don’t really know what’s going to happen with her.” He didn’t have any scenes for me, so he quickly wrote a couple.

Weiner It had been years since I wrote anything in the pilot. And all of sudden, I need a scene by tomorrow for a character who only has three lines.

Vincent Kartheiser (Pete Campbell) I only auditioned for Pete. My agents aren’t delusional enough to think that I’m a Don Draper.

Alison Brie (Trudy Campbell) I looked up a picture of Vincent Kartheiser and was like, “Oh my God. We kind of look like brother and sister. I could totally be his 1960s wife.” Couples kind of looked alike then.

Weiner Alison Brie was a big lesson because we couldn’t afford to make her a series regular. And we gambled [Community] wouldn’t happen. We were wrong.

HOW DICK BECAME DON
Weiner shoots the pilot on location in New York in 2006, but AMC struggles initially to line up financing.

Sorcher Matt had an extremely clear vision for the show. We had only one or two notes that were key.

Wayne We said to Matt, “OK, this is a great show about advertising, but what are people going to talk about week in, week out? What’s the bigger story for Don?” He went off, and a few months later he came back and pitched the entire Dick Whitman/Don Draper story. We were mesmerized. END_OF_DOCUMENT_TOKEN_TO_BE_REPLACED

“For me, Peggy and Don will always be my favorite relationship on the show. I used to hear for so long, ‘Are they going to get together romantically or is it a father–daughter thing? Is it mentor–protégée? Are they enemies? Are they friends?’ It’s all of those things.”

I remember this episode. One of the highlights of season 4 (before Draper went into alcohol-fueled decline in season 5) when Don’s new Manhattan apartment, new Ad Agency, and hot new French-Canadian replacement wife (who sings, too, ooh la la!) looked like the ingredients for professional success and domestic bliss. And Zou Bisou Bisou made a splash, too. The only person in who didn’t like the performance is Don Draper, but everyone else at the party thought it was sexy as hell.

Though I admire January Jones‘ acting, the Betty character was overexposed. When Draper remarried, I welcomed the introduction of the Megan character as wife #2. Besides being more of a 1960s modern girl, let’s face it, actress Jessica Paré is sexy. Even though this marriage is not destined to succeed, either.

(and if you do get it, order it via this link, or above, it’s like a micro-tip jar that helps support this site)

I have all four. I’ve been collecting them along the way, though I haven’t added season 5 yet. (the Draper-in-decline ‘bummer’ season) Season Six starts this spring. I can’t wait. 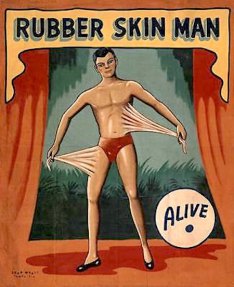 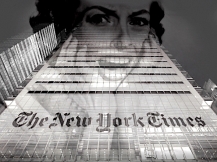 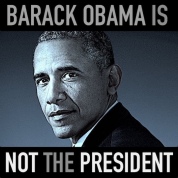