Hillary Clinton: ‘Take my word for it’

writes: So what did we learn from Hillary Clinton’s press conference at the United Nations (scheduled less than 12 hours ago in a forum where reporters typically have to wait 24 hours to get credentials)?

“Who decided which of Clinton’s emails were personal and would not be handed over to the State Department? Some unnamed individual working for her. Who was told, she said, to err on the side of turning material over if there was any question it was work-related. So just trust Clinton and her unnamed staffer or staffers.”

Was there a risk that her personal account could be hacked? No, she tells us, because President Bill Clinton used it and it never was. We have just her own say-so on this. No corroboration. And even if that’s true, was it prudent in January 2009 to rely on the security of the Chappaqua home brew server rather than the State Department server? I think one can still conclude that secretary-designate was more concerned about concealing things from the American people than from foreign enemies.

Who decided which of Clinton’s emails were personal and would not be handed over to the State Department? Some unnamed individual working for her. Who was told, she said, to err on the side of turning material over if there was any question it was work-related. So just trust Clinton and her unnamed staffer or staffers. Anyway, she deleted the private emails so you’re never going to have a chance to judge whether they were properly classified. And even if some remain undeleted, she’s not going to turn them over. 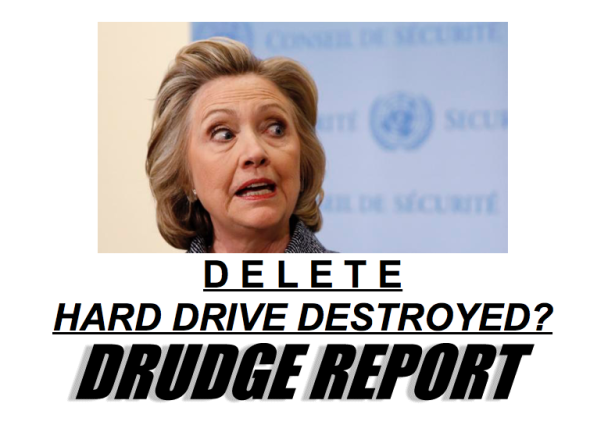 How many emails were there? As I heard her, she said there were 60,000 in total, and half were work-related. But what she turned over to the State Department was described as 55,000 pages. That leaves the question of how many pages of emails were not turned over and how many destroyed. END_OF_DOCUMENT_TOKEN_TO_BE_REPLACED

‘But Not For Thee!’ Clinton Internal Cable Forbids Use of Personal Email Accounts? 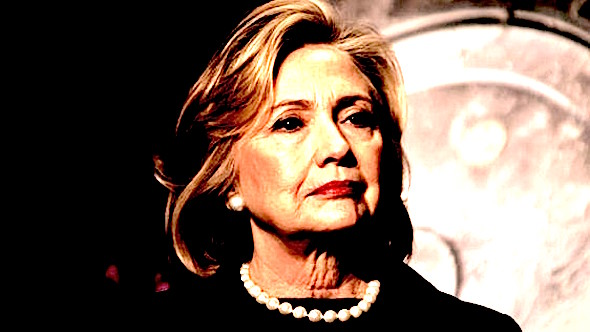 Fox News has exclusively obtained an internal 2011 State Department cable that shows Secretary of State Clinton’s office told employees not to use personal email for security reasons, while at the same time, HRC conducted all government business on a private account.

Sent to Diplomatic and Consular Staff in June 2011, the unclassified cable, with Clinton’s electronic signature, makes clear to “avoid conducting official Department from your personal e-mail accounts”  and employees should not “auto-forward Department email to personal email accounts which is prohibited by Department policy.”

The Cable was addressed to all diplomatic and consular posts with the subject line “Securing Personal E-mail Accounts.” END_OF_DOCUMENT_TOKEN_TO_BE_REPLACED

Christine Mai-Duc reports: A senior State Department official who oversees counter-terrorism programs has been arrested on suspicion of of soliciting sex from a minor, authorities in Virginia said late Tuesday.

“We are aware that a State Department employee has been arrested and charges have been issued…His security clearance will be suspended, and he will be put on administrative leave while this proceeds to its end through any judicial process.”

Daniel Rosen was arrested at his home in Washington, D.C., just after noon and is being held in the city’s jail on suspicion of use of a communications device to solicit a juvenile, said Lucy Caldwell, spokeswoman for the Fairfax County Police Department.

According to Caldwell, Rosen’s arrest was the result of an online exchange between him and detectives in her agency’s Child Exploitation Unit. 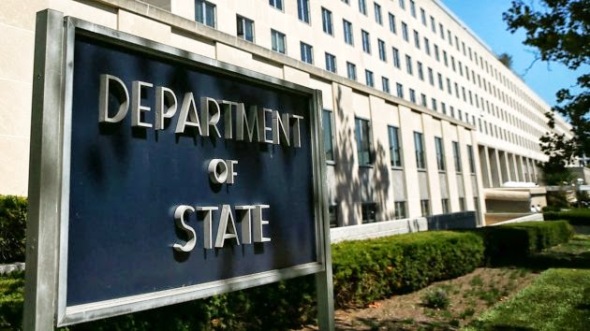 He is expected to be extradited to the Fairfax County jail soon.

“We are aware that a State Department employee has been arrested and charges have been issued,” State Department spokeswoman Jen Psaki said. Psaki declined to name the employee or the charges, citing privacy reasons. END_OF_DOCUMENT_TOKEN_TO_BE_REPLACED

[VIDEO] FAILING UP: The Worst of Jen Psaki 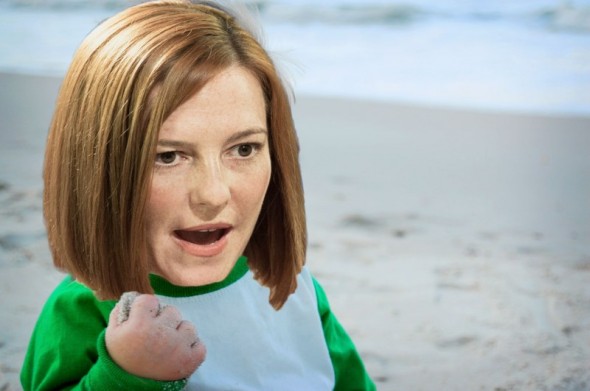 Obama ‘Owes the Jews of Europe an Apology’

In response to a remark President Obama made about terrorists “randomly” targeting the Paris kosher market, Fox’s Dana Perino said the president should apologize to every single Jewish person in Europe.

“I actually think that the president owes the Jews of Europe an apology. They deserve better from the President of the United States. Anti-semitism is on the rise, and somebody must stick up for them.”

[Also see – Re: ‘There Were People Other than Just Jews Who Were in that Deli’ – Jonah Goldberg, The Corner]

As a former White House press secretary herself, she was “nearly unable to breathe” after seeing Josh Earnest trying to explain that comment from the president, only to then backtrack on Twitter.

Perino also thought the White House should have realized weeks ago, when the interview in question was filmed, that they had a brewing crisis on their hands, but instead they weren’t ready for it….(read more) 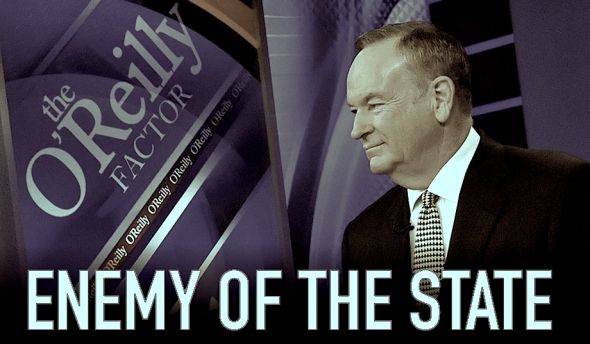 “Mr. O’Reilly became an enemy of State when he conducted an interview with Fox News reporter James Rosen, who had some mildly unflattering things to say about Ms. Harf’s superior, Jen Psaki, the witless off-brand Pippi Longstocking who is the current media face of the American diplomatic project.”

writes: Marie Harf, whose career has alternated between government jobs and campaign jobs, is the deputy spokesman for the State Department, and if her recent communications are any indication, the face of the most acute foreign-policy crisis facing these United States is Bill O’Reilly’s — an admittedly self-satisfied visage, to be sure, out of which pours a

stream of apparently inexhaustible glibness. But he’s never beheaded anybody, so far as I know.

“Ms. Psaki was something less than convincing in trying to explain what exactly the administration has been up to between that group’s beheading.”

Mr. O’Reilly became an enemy of State when he conducted an interview with Fox News reporter James Rosen, who had some mildly unflattering things to say about Ms. Harf’s superior, Jen Psaki, the witless off-brand Pippi Longstocking who is the current media face of the American diplomatic project.

“Instead of a philosophy, the Left has an enemies list”

The Obama administration is, to be charitable, currently unsure of how to go about dealing with the Islamic State, and Ms. Psaki was something less than convincing in trying to explain what exactly the administration has been up to between that group’s beheadings.

[If you haven’t read Kevin D. Williamson’s  “The End Is Near and It’s Going to Be Awesome”  then your Global Panic checklist is incomplete. Fear not, it’s available at Amazon]

END_OF_DOCUMENT_TOKEN_TO_BE_REPLACED 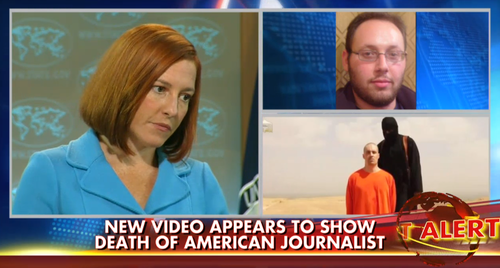 “Am I correct in identifying those three iterations as markedly different from each other?” Rosen asked.

“Well, I think it’s important for everybody, including people at home who watch Fox, to look at the context of the remarks that the — that the president made,” Psaki replied–smirking as she mentioned Fox…(read more) 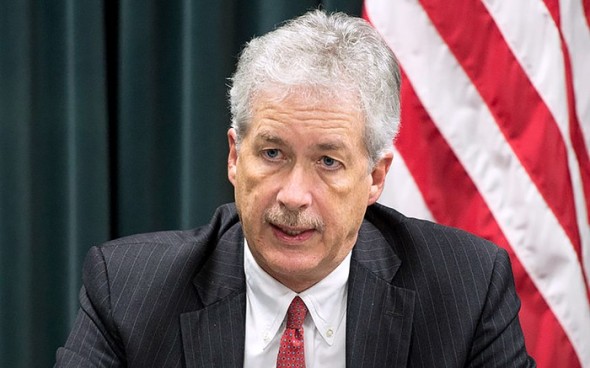 “Events are developing quickly in 1861 and the potential for widespread violence is high, so we recommend that all citizens planning to visit that year exercise abundant caution and make proper arrangements.”

WASHINGTON, D.C.—Responding to reports of political turmoil and growing instability, officials from the U.S. State Department issued an advisory on Tuesday for all Americans traveling to the year 1861. “Events are developing quickly in 1861 and the potential for widespread violence is high, so we recommend that all citizens planning to visit that year exercise abundant caution and make proper arrangements,” said State Department spokesperson Jen Psaki, strongly advising against any non-essential travel to 1861 and the broader time period of the early 1860s in general. END_OF_DOCUMENT_TOKEN_TO_BE_REPLACED

Good capture from The Blaze: Shepard Smith could not hide his disgust regarding how State Department spokesperson Jen Psaki began the agency’s daily press briefing on the heels of a Malaysian Airlines plane going down over Ukraine.

“Well this is just highly inappropriate I would say…”

Smith said. He was reacting to Psaki starting the press briefing going over normal business and talking bout elections in Afghanistan instead of starting with reaction to the breaking crash news.

END_OF_DOCUMENT_TOKEN_TO_BE_REPLACED

Will: I Can’t Believe Adults Use Hashtag Foreign Policy, ‘An Exercise in Self-Esteem’

“Are these barbarians in the wilds of Nigeria supposed to check their Twitter accounts and say, ‘Uh oh, Michelle Obama is very cross with us — we better change our behavior’?”

George Will doesn’t quite understand the thinking behind the first lady’s recent tweet in which she used the hashtag #BringBackOurGirls, referencing the Boko Haram kidnapping of Nigerian girls.

“It’s an exercise in self-esteem. I do not know how adults stand there, facing a camera, and say, ‘Bring back our girls.’”

In March, the State Department engaged in a similar strategy to signal its support for Ukraine by tweeting a picture of spokeswoman Jen Psaki with the hashtag #UnitedForUkraine.

“Power is the ability to achieve intended effects, and this is not intended to have any effect on the real world.”

To echo @BarackObama today-proud to stand #UnitedForUkraine World should stand together with one voice pic.twitter.com/VeMt578UdY

AP reporter Matt Lee to Jen Psaki: ‘Was there some kind of spine removal procedure at the White House over the weekend?’

Color Associated Press reporter Matt Lee unimpressed with Barack Obama’s supposed courage in asking Congress for authorization to conduct a war against Syria.  Via Business Insider, Lee asked Jen Psaki whether there was a “group spine removal procedure at the White House over the weekend”:

Okay, that’s not the actual video, sorry, it’s this one:

END_OF_DOCUMENT_TOKEN_TO_BE_REPLACED 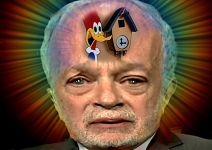 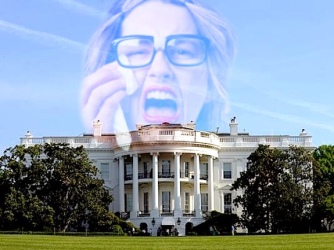 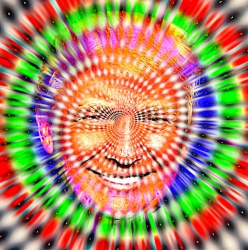 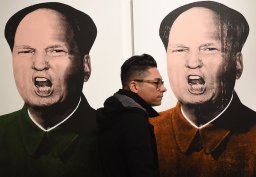 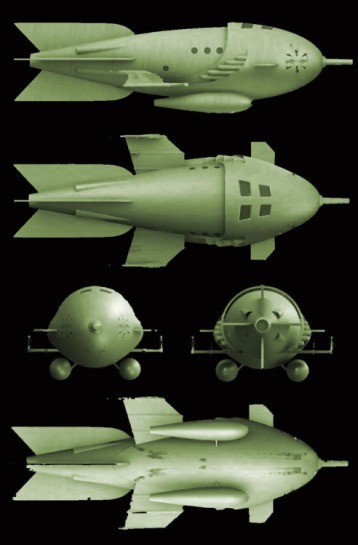