10 Things to Hate About Mueller

A short list of very good, serious, totally factual reasons to be suspicious of the special counsel’s motives.

Special Counsel Robert Mueller’s got everyone convinced he’s such an upstanding public servant. In The Threat Matrix, Garrett Graff writes that “both political parties respect” Mueller as “a consummate law enforcement professional with a track record, forged in Vietnam, of grace under fire and getting organizations on track.”

Whatever. Don’t be fooled by Mueller’s Boy Scout act. As his critics point out, if America is never great again, it’ll be all Mueller’s fault. We have to admit, they’ve got some good points.

Here are 10 perfectly reasonable — not at all crazy or imaginary — reasons to hate him:

Breitbart says so. Sure, Muller’s got a rep for rarely speaking in public or giving interviews. But behind the scenes he’s obviously spending day and night dishing dirt on Donald Trump and the president’s oh-so-honorable colleagues to any reporter who will listen. The deluge of daily stories disparaging President Trump, after all, began the day Mueller was appointed; before Mueller, Trump press coverage was constant sunshine and rainbows. Plus, it’s clearly to Mueller’s strategic advantage to have his investigative steps aired to the public in real time. Besides, who else would leak this kind of stuff? Only Mueller and his team have motive. The White House isn’t a factionalist den of vipers; the president’s legal team is a well-oiled machine that never leaks; defense lawyers are paragons of virtue. Don’t even get us started on tight-lipped congressional staff — those guys never talk. The only logical explanation here is information about the investigation is coming from Mueller.

2. Mueller is a highly political actor.

Thank God, Newt Gingrich has seen through Mueller’s act. He tweetedrecently that “Republicans are delusional if they think the special counsel is going to be fair. Look who he is hiring.check fec reports. Time to rethink.” It’s quite a rethink. Mueller is so political that he’s spent his entire career going back and forth between politicians. He worked in the first Bush administration as an assistant attorney general, then he was a prosecutor on murder cases in Washington, D.C. after running the Department of Justice’s Criminal Division, and then he flip-flopped back to be a U.S. attorney in the Clinton administration. Get this: he then goes on to run the FBI for both Presidents George W. Bush and Barack Obama (a bipartisan Congress even extended his term for two years at Obama’s request).

The guy is so political he can’t even decide which side he’s on.

3. Mueller is too thorough and taking too long.

This thing is seriously taking forever. Press Secretary Sarah Sanders spoke for all of us in saying that, “the president is frustrated by the continued witch hunt of the Russia investigation and he’d love for this to come to a full conclusion so that everyone can focus fully on the thing that he was elected to do.” You and me, both, friend. Could Mueller go any slower? It’s as if he’s a highly methodical actor systematically gathering strings on multiple broad areas simultaneously: Trump-Russia collusion, Trump Organization business dealings, misconduct in the Trump campaign, and obstruction of justice. He needs to hurry this thing along. Trump just wants to be cleared without the fuss of an investigation. Wouldn’t you? The president knows he is innocent and only wishes to spare us all the pain of this drawn-out ordeal. Of course, Trump recently told the New York Times that “I’m not under investigation. For what? I didn’t do anything wrong.” It’s completely reasonable of Trump to be frustrated that this investigation — which doesn’t exist — is taking so long and that Mueller is being so thorough about it. END_OF_DOCUMENT_TOKEN_TO_BE_REPLACED

Did The Special Counsel’s Office Just Leak Against Trump?

The Washington Post is reporting that Special counsel Robert Mueller’s investigation into Russia’s interference in the 2016 election has now expanded to look into whether President Donald Trump attempted to obstruct justice.  What is most notable is not the investigation of obstruction of justice.  Rather it is the fact of the leak that is alarming.  Former FBI Director James Comey (who followed Mueller at the Bureau and has had a long relationship with Mueller) just admitted to leaking damaging information against Trump.  Comey, who was tasked with investigating leakers, became a leaker himself. Now, the Special Counsel’s office is accused by Trump’s counsel of leaking informing damaging to Trump — an office that could be asked to consider unauthorized leaks as part of its investigation.  While such leaks could come from witnesses, those witnesses appear in large part high-ranking members of the Trump administration.

Did Comey Violate Laws In Leaking The Trump Memo?

One of the most interesting new disclosures today in the Comey hearing was the admission by former FBI Director James Comey that he intentionally used a “friend” on the Columbia law faculty to leak his memos to the media.  Comey says that he did so to force the appointment of a Special Counsel. However, those memos could be viewed as a government record and potential evidence in a criminal investigation.

Fresh Evidence the Russia ‘Scandal’ is a Team Obama Operation

Do you suspect that the noise over Trump campaign contacts with the Russians is just a political hit arranged by Obama insiders before they left?

You got fresh evidence of that Monday, with news that then-national security adviser Susan Rice was behind the “unmasking” of Trumpites in transcripts of calls with Russian officials.

Again, nothing on the public record so far shows that anyone on Team Trump said anything improper on those calls.

It’s no surprise that US spooks intercept foreign officials’ calls. But intelligence community reports don’t disclose the names of US citizens on the other end. To get that info, a high official must (but rarely does) push to “unmask” the Americans’ names.

That was perfectly legal. But we also know that the Obama administration later changed the classification of the “unmasked” transcripts, and other similar material, in order to spread the information as widely as possible within the government.

The motive for that was (supposedly) to prevent Team Trump from burying it all once it took over. But the result was that it made it relatively safe for someone (or someones) to leak the info to the press.

Which made it likely somebody would leak. So Team Obama’s “spread the info” initiative certainly broke the spirit of the laws. END_OF_DOCUMENT_TOKEN_TO_BE_REPLACED

IT’S ON: Project Veritas vs CNN

NSA having flashbacks to Watergate era

WASHINGTON — The National Security Agency is facing its worst crisis since the domestic spying scandals four decades ago led to the first formal oversight and overhaul of U.S. intelligence operations.

Thanks to former NSA systems analyst Edward Snowden’s flood of leaks to the media, and the Obama administration’s uneven response to them, morale at the spy agency responsible for intercepting communications of terrorists and foreign adversaries has plummeted, former officials say. Even sympathetic lawmakers are calling for new curbs on the NSA’s powers.

“This is a secret intelligence agency that’s now in the news every day,” said Michael Hayden, who headed the NSA from 1999 to 2005 and later led the CIA. “Each day, the workforce wakes up and reads the daily indictment.”

President Barack Obama acknowledged Friday that many Americans have lost trust in the nation’s largest intelligence agency. “There’s no doubt that, for all the work that’s been done to protect the American people’s privacy, the capabilities of the NSA are scary to people,” he said in a CNN interview.

END_OF_DOCUMENT_TOKEN_TO_BE_REPLACED 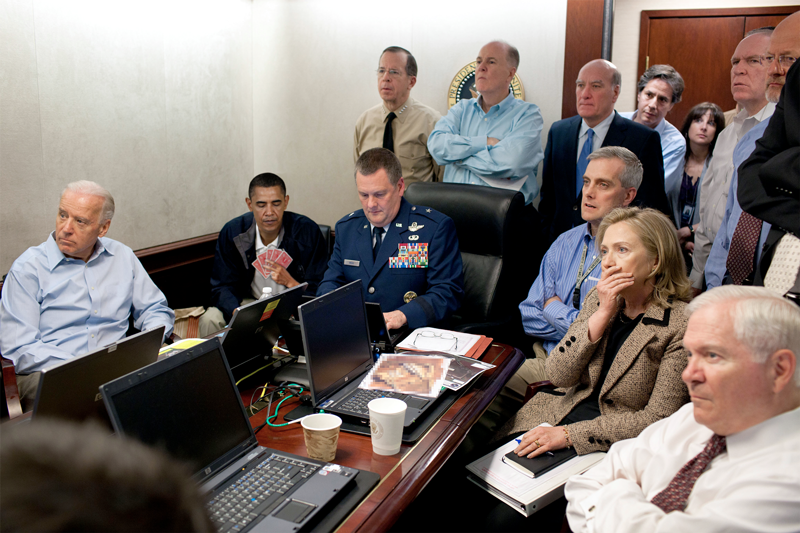