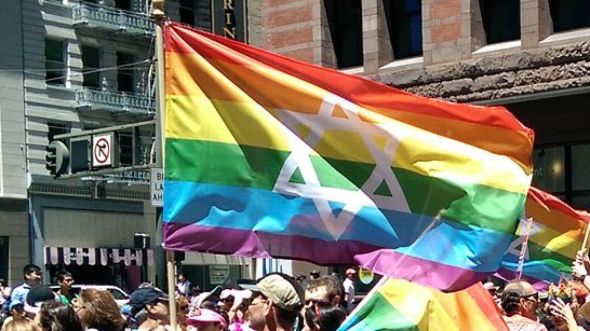 The Chicago-based LGBTQ newspaper Windy City Times quoted a Dyke March collective member as saying the rainbow flag with the Star of David in the middle “made people feel unsafe,” and that the march was “pro-Palestinian” and “anti-Zionist.”

The Chicago Dyke March is billed as an “anti-racist, anti-violent, volunteer-led, grassroots mobilization and celebration of dyke, queer, bisexual, and transgender resilience,” according to its Twitter account.

Laurel Grauer, a member of the Jewish LGBTQ organization A Wider Bridge, told the Windy City Times “it was a flag from my congregation which celebrates my queer, Jewish identity which I have done for over a decade marching in the Dyke March with the same flag.”

“They were telling me to leave because my flag was a trigger to people that they found offensive,” she added. END_OF_DOCUMENT_TOKEN_TO_BE_REPLACED

Annabel Scott reports: Turning Point USA, a conservative organization made up of high school and college students, has compiled a website database of more than 200 professors at universities across the nation that “discriminate against conservative students and advance leftist propaganda in the classroom.”

“This list watches over us at our country’s darkest turning point, poised to inflame the tinder-dry, gasoline-soaked pitchforks of a mob that has just stepped boldly into the light.”

“This watchlist is an aggregated list of pre-existing news stories that were published by a variety of news organizations,” the website states. “While we accept tips for new additions on our website, we only publish profiles on incidents that have already been reported by a credible source.”

“Intentionally or not, the Professor Watchlist, simply by being a self-styled watch list, has aligned itself with the ugly, frightening new political status quo. This is, indeed, a turning point in our country, a time of fear unprecedented on this continent since the Second World War. Fear of being placed on a list, targeted as undesirable, and subjected to whatever happens next.”

The website also says that TPUSA is not attempting to silence the professors on the list, but instead they are exposing “specific incidents and names of professors that advance a radical agenda in lecture halls.”

“The website has thin information in its entries and a less-than-smooth search function. That could be a reflection of how rapidly it was created to capitalize on the political climate, particularly after the election of Donald J. Trump as president.”

Since its recent debut, the list has seen no shortage of harsh criticism.

“If the professors are so scared of what’s going on in their lecture halls being made public then that is their problem, not ours. We’re not trying to prevent teachers from saying anything. All we want here is to shine a light on what’s going on in our universities and the response has been incredible.”

“Intentionally or not, the Professor Watchlist, simply by being a self-styled watch list, has aligned itself with the ugly, frightening new political status quo,” writes Schuman. END_OF_DOCUMENT_TOKEN_TO_BE_REPLACED

[VIDEO] How Do You Deal With Painful Truths? Left vs. Right #4

The Left and Right perceive the world differently. One side sees it as it exists, accepts fundamental truths and facts–even if they are painful–and then adopts a worldview. The other side adopts a vision, and then views the world through that prism. Which side sees the world as reality? And which as it imagines? 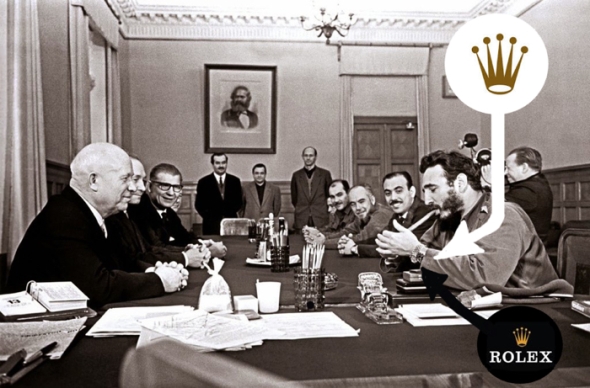 D’Souza gets accosted by a freshman, and a reasonably intelligent one, with a pair of questions about white privilege and Islamic militancy arising as a reaction to American imperialism. You won’t believe his response…

If you’re black and think for yourself, this is what liberals really think about you and your race.

Violent clashes flare in pockets of the country as citizens wait for hours for basics, such as milk and rice.

LA SIBUCARA, Venezuela— Maolis Castro and Kejal Vyas report: Hours after they looted and set fire to a National Guard command post in this sun-baked corner of Venezuela earlier this month, a mob infuriated by worsening food shortages rammed trucks into the smoldering edifice, reducing it mostly to rubble.

“In past years, when oil prices were high, Venezuela’s leftist government flooded markets with subsidized goods ranging from cooking oil to diapers. It gave citizens in border towns like La Sibucara not only access to cheap supplies, but also a source of income as many people trafficked products—including nearly free gasoline—to neighboring Colombia, drawing handsome profits.”

The incident was just one of numerous violent clashes that have flared in pockets around the country in recent weeks as Venezuelans wait for hours in long supermarket lines for basics like milk and rice. Shortages have made hunger a palpable concern for many Wayuu Indians who live here at the northern tip of Venezuela’s 1,300-mile border with Colombia.

“We are going very hungry here and the children are suffering a lot.”

The soldiers had been deployed to stem rampant food smuggling and price speculation, which President Nicolás Maduro blames for triple-digit inflation and scarcity. But after they seize contraband goods, the troops themselves often become targets of increasingly desperate people.

“Food-supply problems in Venezuela underscore the increasingly precarious situation for Mr. Maduro’s socialist government, which according to the latest poll by Datanálisis is preferred by less than 20% of voters ahead of Dec. 6 parliamentary elections.”

“What’s certain is that we are going very hungry here and the children are suffering a lot,” said María Palma, a 55-year-old grandmother who on a recent blistering hot day had been standing in line at the grocery store since 3 a.m. before walking away empty-handed at midday.

“If people aren’t outside protesting, they’re outside standing in line for goods.”

—Marco Ponce, head of the Venezuela Observatory of Social Conflict

In a national survey, the pollster Consultores 21 found 30% of Venezuelans eating two or fewer meals a day during the second quarter of this year, up from 20% in the first quarter. Around 70% of people in the study also said they had stopped buying some basic food item because it had become unavailable or too expensive. 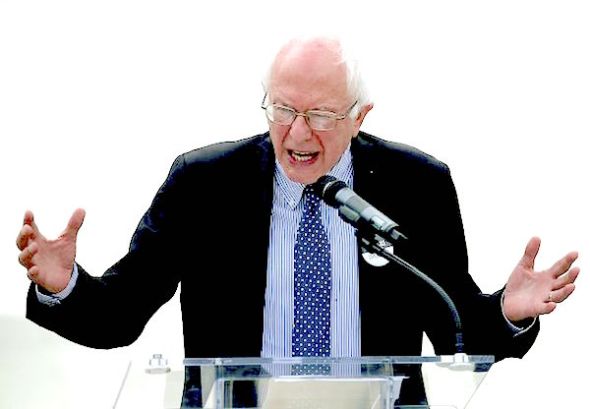 An authentic socialist candidate soars in popularity in the U.S., the citizens of Venezuela are feeling the Bern

“They’re committing treason against our country, taking food and crossing the border.”

Food-supply problems in Venezuela underscore the increasingly precarious situation for Mr. Maduro’s socialist government, which according to the latest poll by Datanálisis is preferred by less than 20% of voters ahead of Dec. 6 parliamentary elections. The critical situation threatens to plunge South America’s largest oil exporter into a wave of civil unrest reminiscent of last year’s nationwide demonstrations seeking Mr. Maduro’s ouster.

“It’s a national crisis,” said Marco Ponce, head of the Venezuela Observatory of Social Conflict, noting that unlike the political protests of last year, residents are now taking to the streets demanding social rights. END_OF_DOCUMENT_TOKEN_TO_BE_REPLACED 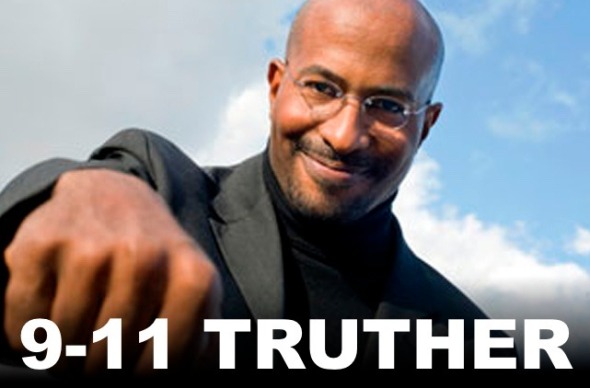 Joel B. Pollak reports: The implosion of The New Republic, pending its move to New York and re-establishment as a “digital media” company, has consumed much of the political commentariat in recent days. The change is deeply mourned by former editors and writers for the publication, many of whom resigned in protest. However, the shift mirrors that of other publications

that shifted further left in recent years, only to stumble into commercial failure.

[Order Joel Pollak’s book “Wacko Birds: The Fall (and Rise) of the Tea Party” from Amazon.com]

Former publisher Marty Peretz lamented in 2013 that the magazine he sold to Facebook guru Chris Hughes–a key social media operative in Barack Obama’s rise to power–had moved in a nakedly partisan direction, away from its traditional center-left liberalism: “The magazine wasn’t supposed to be a White House siphon….The magazine now seems to live in a space where those ‘little insurrections of the mind’ are unwelcome. It is akin to the atmosphere in many colleges and universities: There are prevailing orthodoxies but they aren’t recognized as such. Mr. Obama himself is the main one. END_OF_DOCUMENT_TOKEN_TO_BE_REPLACED

Award Winner: This is What Progressive-Secular Anti-Christian Hate Looks Like 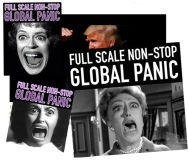 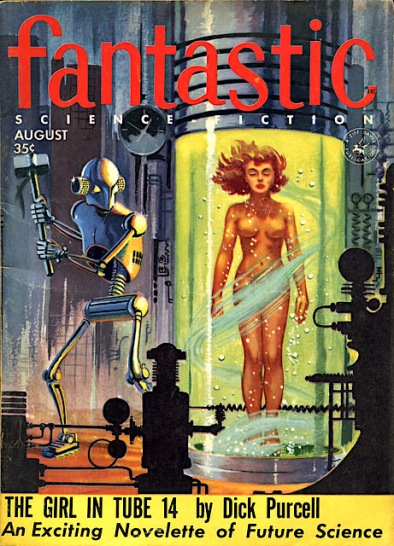 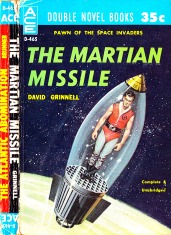