Have Smartphones Destroyed a Generation?

More comfortable online than out partying, post-Millennials are safer, physically, than adolescents have ever been. But they’re on the brink of a mental-health crisis.

Jean M. Twenge writes: One day last summer, around noon, I called Athena, a 13-year-old who lives in Houston, Texas. She answered her phone—she’s had an iPhone since she was 11—sounding as if she’d just woken up. We chatted about her favorite songs and TV shows, and I asked her what she likes to do with her friends. “We go to the mall,” she said. “Do your parents drop you off?,” I asked, recalling my own middle-school days, in the 1980s, when I’d enjoy a few parent-free hours shopping with my friends. “No—I go with my family,” she replied. “We’ll go with my mom and brothers and walk a little behind them. I just have to tell my mom where we’re going. I have to check in every hour or every 30 minutes.

”Those mall trips are infrequent—about once a month. More often, Athena and her friends spend time together on their phones, unchaperoned. Unlike the teens of my generation, who might have spent an evening tying up the family landline with gossip, they talk on Snapchat, the smartphone app that allows users to send pictures and videos that quickly disappear. They make sure to keep up their Snapstreaks, which show how many days in a row they have Snapchatted with each other. Sometimes they save screenshots of particularly ridiculous pictures of friends. “It’s good blackmail,” Athena said. (Because she’s a minor, I’m not using her real name.) She told me she’d spent most of the summer hanging out alone in her room with her phone. That’s just the way her generation is, she said. “We didn’t have a choice to know any life without iPads or iPhones. I think we like our phones more than we like actual people.”

I’ve been researching generational differences for 25 years, starting when I was a 22-year-old doctoral student in psychology. Typically, the characteristics that come to define a generation appear gradually, and along a continuum. Beliefs and behaviors that were already rising simply continue to do so. Millennials, for instance, are a highly individualistic generation, but individualism had been increasing since the Baby Boomers turned on, tuned in, and dropped out. I had grown accustomed to line graphs of trends that looked like modest hills and valleys. Then I began studying Athena’s generation.

Around 2012, I noticed abrupt shifts in teen behaviors and emotional states. The gentle slopes of the line graphs became steep mountains and sheer cliffs, and many of the distinctive characteristics of the Millennial generation began to disappear. In all my analyses of generational data—some reaching back to the 1930s—I had never seen anything like it.

“The allure of independence, so powerful to previous generations, holds less sway over today’s teens.”

At first I presumed these might be blips, but the trends persisted, across several years and a series of national surveys. The changes weren’t just in degree, but in kind. The biggest difference between the Millennials and their predecessors was in how they viewed the world; teens today differ from the Millennials not just in their views but in how they spend their time. The experiences they have every day are radically different from those of the generation that came of age just a few years before them.

What happened in 2012 to cause such dramatic shifts in behavior? It was after the Great Recession, which officially lasted from 2007 to 2009 and had a starker effect on Millennials trying to find a place in a sputtering economy. But it was exactly the moment when the proportion of Americans who owned a smartphone surpassed 50 percent. 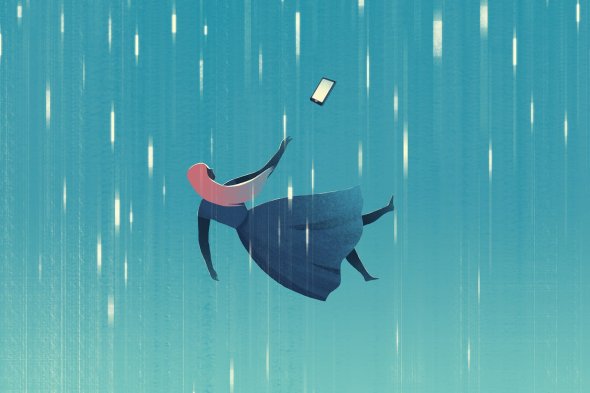 The more I pored over yearly surveys of teen attitudes and behaviors, and the more I talked with young people like Athena, the clearer it became that theirs is a generation shaped by the smartphone and by the concomitant rise of social media. I call them iGen. Born between 1995 and 2012, members of this generation are growing up with smartphones, have an Instagram account before they start high school, and do not remember a time before the internet. The Millennials grew up with the web as well, but it wasn’t ever-present in their lives, at hand at all times, day and night. iGen’s oldest members were early adolescents when the iPhone was introduced, in 2007, and high-school students when the iPad entered the scene, in 2010. A 2017 survey of more than 5,000 American teens found that three out of four owned an iPhone.

[Read the full story here, at The Atlantic]

The advent of the smartphone and its cousin the tablet was followed quickly by hand-wringing about the deleterious effects of “screen time.” But the impact of these devices has not been fully appreciated, and goes far beyond the usual concerns about curtailed attention spans. The arrival of the smartphone has radically changed every aspect of teenagers’ lives, from the nature of their social interactions to their mental health. These changes have affected young people in every corner of the nation and in every type of household. The trends appear among teens poor and rich; of every ethnic background; in cities, suburbs, and small towns. Where there are cell towers, there are teens living their lives on their smartphone.

To those of us who fondly recall a more analog adolescence, this may seem foreign and troubling. The aim of generational study, however, is not to succumb to nostalgia for the way things used to be; it’s to understand how they are now. Some generational changes are positive, some are negative, and many are both. More comfortable in their bedrooms than in a car or at a party, today’s teens are physically safer than teens have ever been. They’re markedly less likely to get into a car accident and, having less of a taste for alcohol than their predecessors, are less susceptible to drinking’s attendant ills.

Psychologically, however, they are more vulnerable than Millennials were: Rates of teen depression and suicide have skyrocketed since 2011. It’s not an exaggeration to describe iGen as being on the brink of the worst mental-health crisis in decades. Much of this deterioration can be traced to their phones.Even when a seismic event—a war, a technological leap, a free concert in the mud—plays an outsize role in shaping a group of young people, no single factor ever defines a generation. Parenting styles continue to change, as do school curricula and culture, and these things matter. But the twin rise of the smartphone and social media has caused an earthquake of a magnitude we’ve not seen in a very long time, if ever. There is compelling evidence that the devices we’ve placed in young people’s hands are having profound effects on their lives—and making them seriously unhappy. END_OF_DOCUMENT_TOKEN_TO_BE_REPLACED

[VIDEO] The Legendary Cuckoo Bananas Kurt Eichenwald Episode on Tucker Carlson: ‘I’ve Never Had an Interview Like This in My Life’ 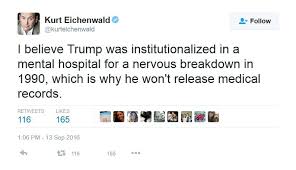 The post-election freak-out on elite campuses is total, and is made all the worse because students on these campuses never meet anyone who disagrees with them.

Robby Soave writes: In the wake of the election, many college students at elite colleges and universities have come down with serious cases of PTSD: President Trump Stress Disorder.

Their inability to anticipate this outcome—the election of Donald Trump—should prompt the Ivy League to consider whether it’s really preparing students for life outside the liberal bubble of campus.

To equip students with the resources they need to refute Trumpism, colleges have to stop shielding them from ideas that offend their liberal sensibilities. They have to stop pretending that shutting down a

discussion is the same thing as winning an argument. Silence is not persuasion.

“There were actual cats and a puppy there. The event as a whole seemed to be an escape from the reality of the election results.”

Elsewhere, at campuses across the country, students begged professors to cancel classes and postpone exams, citing fear, exhaustion, and emotional trauma. Such accommodations were frequently granted: Academics at Columbia University, Yale University, the University of Connecticut, and other institutions told students to take some time to come to terms with what had happened, as if the election of Donald Trump was akin to a natural disaster or terrorist attack.

That wasn’t all. Law students at the University of Michigan were provided with a post-election “self-care with food and play” event, complete with “stress busting” activities like play dough, coloring books, legos,

[Read the full story here, at The Daily Beast]

“There were actual cats and a puppy there,” one UPenn student, Daniel Tancredi, told The College Fix. “The event as a whole seemed to be an escape from the reality of the election results.”

One wonders whether some campuses have routinely provided too much of an escape from reality, if the election has reduced their students to tears, play dough, and a whole lot of coloring books.

END_OF_DOCUMENT_TOKEN_TO_BE_REPLACED 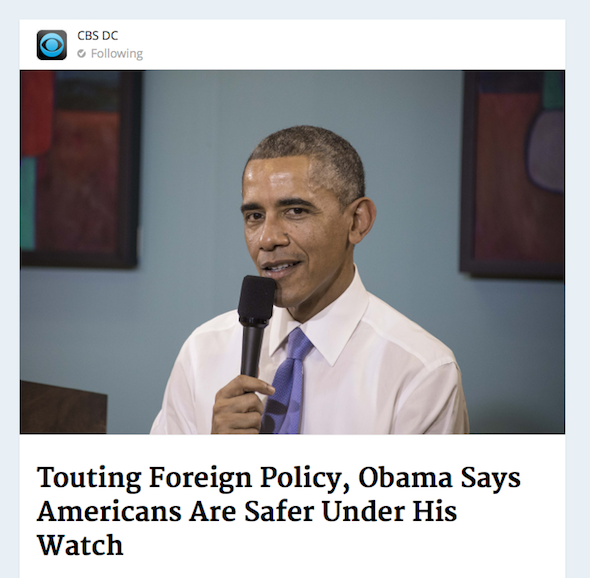 Note, it looks normal, credible, reasonable, and semi-scientific, until about 4:40 (skip ahead to the good part) then the wheels come off, and the narrator reveals the truths from the secret chambers! Here are a few highlights. Listen as he correlates current solar flare activity to an event “this past weekend” when…

“…the Pope, and his bunch, was over in Jerusalem, bein’ where they shouldn’t be…”

“we’re seeing the move of the Locust Army guys, encapsulating the world religions..”

“…what we’re gonna see also, is that they get the religious sector involved, they will pull the political sector also, so that the One-World Locust Army will have a complete takeover.”

“They’re bringing them together in the place, where we saw the demonic witchcraft ceremonies..”

“I’ve been warning you the spread of this Locust Army…”

“The whole world will see through the Pope world TV system..” 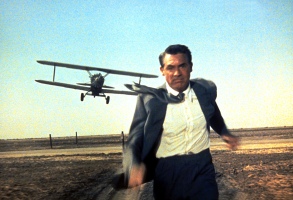 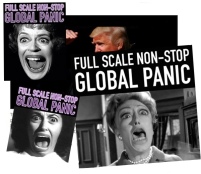 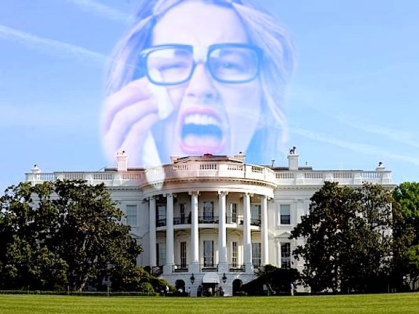 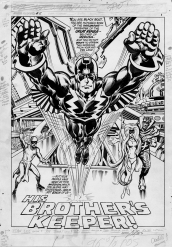