Despite the agreement reached with Iran on putting the nuclear bomb out of Tehran’s reach, several US officials, including Defence Secretary Ashton Carter, have signalled that military force remains on the table to prevent Iran from obtaining nuclear weapons. END_OF_DOCUMENT_TOKEN_TO_BE_REPLACED

‘Hey Bitches, There’s No Need to Spin Using ‘Fact Sheets’ So Early On’: Iran Smacks Down U.S. with Accusations of Lying 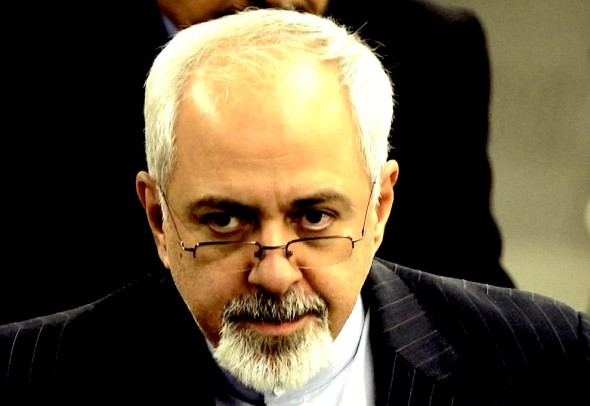 Following the signing of an interim agreement with Iran aimed at scaling back its nuclear work, Iran accused the United States of lying about details of the agreement

LAUSANNE, Switzerland — Adam Kredo reports: Just hours after the announcement of what the United States characterized as a historic agreement with Iran over its nuclear program, the country’s leading negotiator lashed out at the Obama administration for lying about the details of a tentative framework.

Iranian Foreign Minister Javad Zarif accused the Obama administration of misleading the American people and Congress in a fact sheet it released following the culmination of negotiations with the Islamic Republic.

Zarif bragged in an earlier press conference with reporters that the United States had tentatively agreed to let it continue the enrichment of uranium, the key component in a nuclear bomb, as well as key nuclear research.

Zarif additionally said Iran would have all nuclear-related sanctions lifted once a final deal is signed and that the country would not be forced to shut down any of its currently operating nuclear installations.

Following a subsequent press conference by Secretary of State John Kerry—and release of a administration fact sheet on Iranian concessions—Zarif lashed out on Twitter over what he dubbed lies.

“The solutions are good for all, as they stand,” he tweeted. “There is no need to spin using ‘fact sheets’ so early on.”

Zarif went on to push back against claims by Kerry that the sanctions relief would be implemented in a phased fashion—and only after Iran verifies that it is not conducting any work on the nuclear weapons front.

“Iran/5+1 Statement: ‘US will cease the application of ALL nuclear-related secondary economic and financial sanctions.’ Is this gradual?” he wrote on Twitter.

He then suggested a correction: “Iran/P5+1 Statement: ‘The EU will TERMINATE the implementation of ALL nuclear-related economic and financial sanctions’. How about this?”

The pushback from Iran’s chief diplomat follows a pattern of similar accusations by senior Iranian political figures after the announcement of previous agreements. END_OF_DOCUMENT_TOKEN_TO_BE_REPLACED

The Usual Signs of Progress on Nuke Deal 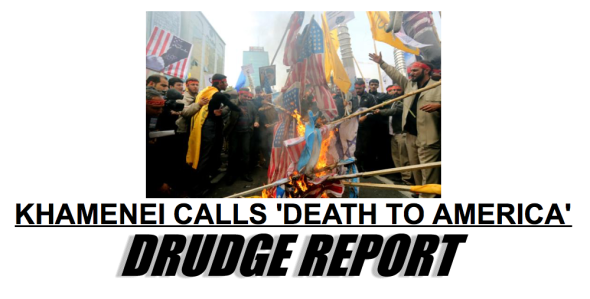 Iran’s Supreme leader Ali Khamenei called for “Death to America” on Saturday, a day after President Barack Obama appealed to Iran to seize a “historic opportunity” for a nuclear deal and a better future, and as US Secretary of State John Kerry claimed substantial progress toward an accord.

Khamenei told a crowd in Tehran that Iran would not capitulate to Western demands. When the crowd started shouting, “Death to America,” the ayatollah responded: “Of course yes, death to America, because America is the original source of this pressure.

“They insist on putting pressure on our dear people’s economy,” he said, referring to economic sanctions aimed at halting Iran’s nuclear program. “What is their goal? Their goal is to put the people against the system,” he said. “The politics of America is to create insecurity,” he added, referring both to US pressure on Iran and elsewhere in the region.

Khamenei’s comments contrasted with those of Iranian President Hassan Rohani, who said “achieving a deal is possible” by the March 31 target date for a preliminary accord.

Kerry was more circumspect, as he spoke to reporters after six days of negotiations in the Swiss city of Lausanne. The talks, made “substantial progress,” he said, but “important gaps remain.

Buying into, and even fueling the Palestinian propaganda narrative

“We have an opportunity to get this right,” Kerry said, as he urged Iran to make “fundamental decisions” that prove to the world it has no interest in atomic weapons.

But Khamenei warned against expectations that even a done deal would mend the more than three-decade freeze between the two nations in place since the Iranian revolution and siege of the American Embassy, proclaiming that Washington and Tehran remained on opposite sides on most issues.

“Negotiations with America are solely on the nuclear issue and nothing else. Everyone has to know that,” Khamenei said.

In a reflection of the delicate state of negotiations, other officials differed on how close the sides were to a deal.