Richard Pollock reports: More than 100,000 convicted felons or other “prohibited persons” tried to buy guns each year during President Barack Obama’s administration by lying on their applications, but the Justice Department only considered prosecuting about 30 to 40 people each year, according to a Daily Caller News Foundation investigation.

The Obama administration may have publicly aligned itself with anti-gun activists, but it consistently turned a blind eye to prosecute known criminals who tried to buy guns.

A June 2016 Justice Department Inspector General’s report revealed that between 2008 and 2015 the U.S. Attorneys office considered prosecuting “less than 32 people per year” for lying on form 4473, the federal application to buy guns.

Surprisingly, the Obama administration’s harshest critics are gun manufacturers themselves.

“People could do what is called, ‘lie and buy,’” explained Lawrence Keane, a senior vice president of the National Shooting Sports Foundation, a nonprofit organization that represents gun manufacturers.

“But very infrequently is anyone ever prosecuted. What’s the point of making it a crime if you don’t enforce it?” he asked in an interview with TheDCNF.

“It’s a long-standing problem. And it was certainly true over the last eight years where the Department of Justice did not prosecute people,” he complained. 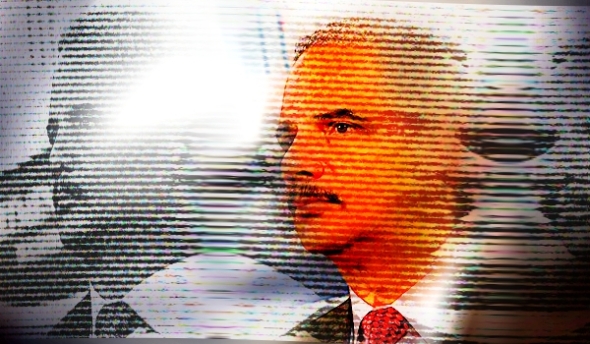 Daniel D. Roberts, who in 2009 was named Assistant Director of the FBI’s Criminal Justice Information Services Division, confirmed that more than 100,000 criminals each year attempt to buy guns even though they have rap sheets.

“When I was there, it was running around 100,000 a year of firearm purchasers that tried to go through to buy guns. I think it’s more than 100,000 now,” he told TheDCNF in an interview. “That should trigger a referral to the Bureau of Alcohol Tobacco, Firearms and Explosives (ATF) for investigation for lying on the forms.”

Two of every 10 gun denials referred to the ATF was sent to field offices for prosecution, a Justice Department report by the Bureau of Justice Statistics in 2013 and 2014  found. Eight of ten never faced prosecution, according to the report.

Roberts ran the FBI’s National Instant Criminal Background Check System (NICS) checks, that is the main tool the bureau uses to conduct background checks of potential buyers of guns. He left the bureau only last year.

Dave Workman, a senior editor of the Gunmag.com, a publication owned by the pro-gun rights Second Amendment Foundation, claims the Obama administration simply didn’t want to spend the money to prosecute people who lied on their form 4473.

“The Justice Department didn’t want to spend the money or interest or time to prosecute the key people who lied on their 4473,” he told TheDCNF in an interview. END_OF_DOCUMENT_TOKEN_TO_BE_REPLACED

More Guns Were Sold in 2016 Than Any Year in History

Stephen Gutowski reports: More gun-related FBI background checks were done in 2016 than in any other year in history after November set yet another record for gun sales in the United States.

So far this year, the FBI has processed24,767,514 checks through its National Instant Criminal Background Check System, known as NICS, which puts 2016 more than 160,000 checks above the yearly record set in 2015. The record comes after November 2016 set its own monthly record with 2,561,281 checks, nearly 320,000 more than the previous record set last November. This gun sales spike has lasted for over a year and resulted in monthly records for 19 straight months.

November’s record comes as the firearms industry is beginning its seasonal upswing with millions of Americans purchasing firearms in the lead up to the holiday season. That upswing is likely to add to 2016’s record because December has traditionally seen the highest number of NICS checks for the year. 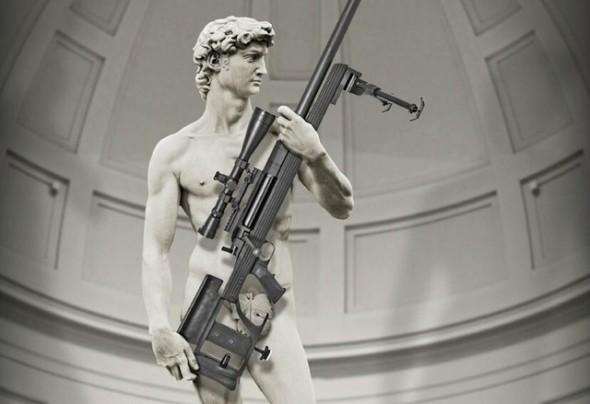 The number of checks processed through the FBI’s system is generally considered one of the strongest indicators of gun sales in the United States because nearly all sales made through federally licensed firearms dealers require a NICS check. However, the number of NICS checks made in a given period of time is not a perfect representation of the number of guns actually sold in that same period of time for a number of reasons. END_OF_DOCUMENT_TOKEN_TO_BE_REPLACED

New record: the most checks ever performed in any August since the creation of the National Instant Background Check System.

Stephen Gutowski reports: Gun sales were at an all-time high in June, July, and August, according

This August saw 1.7 million background checks performed by the Bureau of Alcohol, Tobacco, Firearms, and Explosives on new gun sales, the most checks ever performed in any August since the creation of the National Instant Background Check System.

“Whenever there is a call for gun control, sales increase. Unfortunately, this is a pattern that repeats itself.”

The agency performed 1.6 million checks in July, the high for that month. They did a further 1.5 million in June, another all-time high. END_OF_DOCUMENT_TOKEN_TO_BE_REPLACED

In this News Minute from the NRA Institute for Legislative Action, Jennifer Zahrn addresses the false claim that 40 percent of gun sales do not go through background checks.

Survey: Majority of Americans Not Interested in Gun Control for 2016

…According to Suffolk University, in addition to not wanting to hear about gun control in 2016, a majority of Americans do not believe increasing gun control via expanded background checks will curb mass violence. Fifty-six percent of respondents said it would not, while only 40 percent of

respondents said it would.

This makes sense, when you consider that Roof allegedly purchased his gun via a background check at a Charleston gun store.

This poll comes nearly seven months after a PEW Research Poll showed that American attitudes toward gun control had shifted to a place where the majority of Americans wanted protection of gun rights rather than passage of more gun control. Released on December 10, the PEW Poll showed that 52 percent of Americans were concerned with protecting gun rights while 46 percent were concerned with passing more gun control. END_OF_DOCUMENT_TOKEN_TO_BE_REPLACED