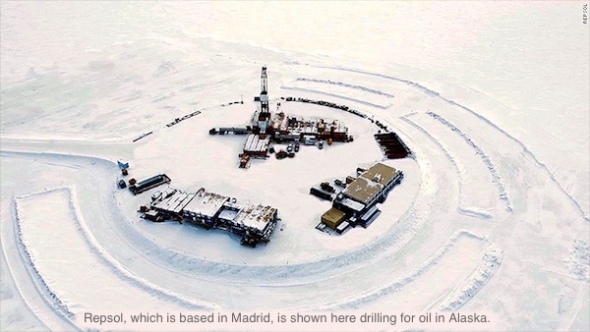 Some 1.2 billion barrels of oil have been discovered in Alaska, marking the biggest onshore discovery in the U.S. in three decades.

Matt Egan reports: The massive find of conventional oil on state land could bring relief to budget pains in Alaska brought on by slumping production in the state and the crash in oil prices.

The new discovery was made in just the past few days in Alaska’s North Slope, which was previously viewed as an aging oil basin.

Spanish oil giant Repsol (REPYY) and its privately-held U.S. partner Armstrong Energy announced the find on Thursday, predicting production could begin as soon as 2021 and lead to as much as 120,000 barrels of output per day.

The oil resources lie in a well, called Horseshoe, that’s 75% owned by Denver-based Armstrong. Repsol owns the rest of this well.

The discovery is 20 miles south of where the two companies have already found oil in a project known as Pikka. That northern project is already in early development and is 51% owned by Armstrong, which is the operator on both developments.

“The interesting thing about this discovery is the North Slope was previously thought to be on its last legs. But this is a significant emerging find,” Repsol spokesman Kristian Rix told CNNMoney. END_OF_DOCUMENT_TOKEN_TO_BE_REPLACED 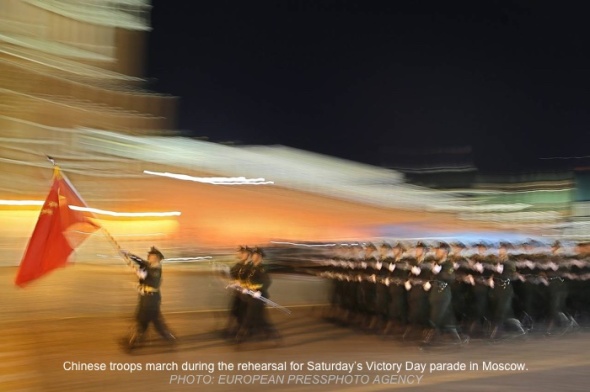 On display: an upgraded military relationship that could complicate U.S. strategy

BEIJING — Jeremy Page reports: When a Chinese honor guard joins a military parade in Russia’s capital this weekend, watched by China’s President Xi Jinping, it will mark more than just a symbolic recognition of the two countries’ contributions to the Allied victory in 1945.

China’s participation also reflects an upgrade of its military ties with Russia, including joint naval exercises and a revival of arms purchases, that could complicate U.S.-led efforts to counter both nations’ expanding military activities, analysts and diplomats say.

“They’ve basically come to a consensus that despite their differences over some national interests, they really face the same common enemy.”

The 102 Chinese troops who will join the Victory Day parade in Moscow on Saturday were seen during a rehearsal this week marching through streets near Red Square singing the Russian wartime ballad “Katyusha”, according to video footage posted online.

The only other foreign countries with troops in the parade are India, Mongolia, Serbia and six former Soviet states.

Three Chinese navy ships also made a rare foray into the Black Sea on their way to join commemorations in Russia’s southern port of Novorossiysk on Saturday. 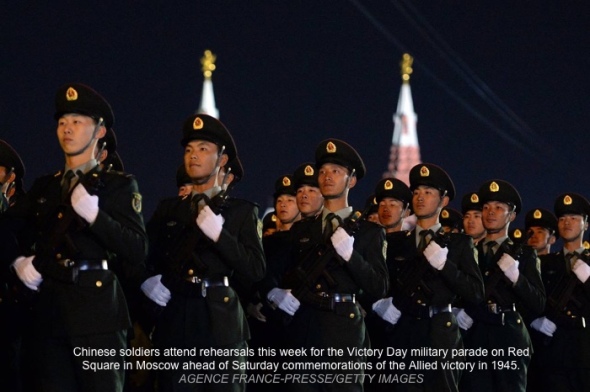 “I think they’re both sending a message that their relationship is stronger than outsiders generally expect and if others put pressure on either in their own arenas, the two will stand together.”

The Chinese ships—two missile destroyers and a supply vessel — will then take part in joint exercises with the Russian navy in the Mediterranean Sea for the first time, according to Chinese and Russian authorities.

Both sides say the drills aren’t directed at other countries, but the timing, after Russia’s 2014 annexation of Crimea, and the location, on NATO’s southern flank, have compounded Western concerns about an emerging Moscow-Beijing axis.

“The main significance is that the two countries’ navies are learning how to jointly project power into the other regions of the world,” said Vasily Kashin, an expert on China’s military at Moscow’s Centre for Analysis of Strategies and Technologies.

The Chinese ships’ visit to Novorossiysk could be seen as a response to NATO ships holding exercises in the Black Sea in March, he said, the message being: “Russia has allies too.”

On Wednesday, Russia’s government unveiled a draft cybersecurity deal with China under which both countries agree not to conduct cyberattacks against each other and to counteract technology that might disrupt their internal politics.

The rapprochement between Moscow and Beijing has been driven in large part by Western sanctions which have forced Russia to seek new markets for its oil and gas and new sources of investment.

Mr. Xi also appears to share a personal affinity with Russian President Vladimir Putin who is seen by many in China as a strong, patriotic leader.

The relationship, though well short of a formal alliance, is now developing a more substantial military dimension as Russia ramps up air and naval patrols around Europe and China seeks to challenge U.S. military dominance in Asia. END_OF_DOCUMENT_TOKEN_TO_BE_REPLACED

[VIDEO] Economics: A Price Is a Signal Wrapped up in an Incentive

Join Professor Tabarrok in exploring the mystery and marvel of prices. We take a look at how oil prices signal the scarcity of oil and the value of its alternative uses. Following up on our previous video, “I, Rose,” we show how the price system allows for people with dispersed knowledge and information about rose production to coordinate global economic activity. This global production of roses reveals how the price system is emergent, and not the product of human design. END_OF_DOCUMENT_TOKEN_TO_BE_REPLACED 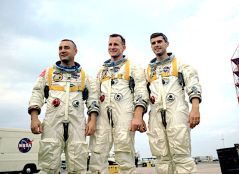 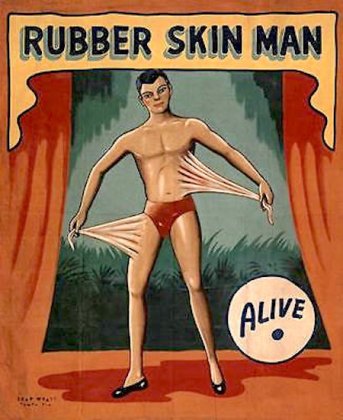