Promise Kept: ‘No Boots On The Ground!’ 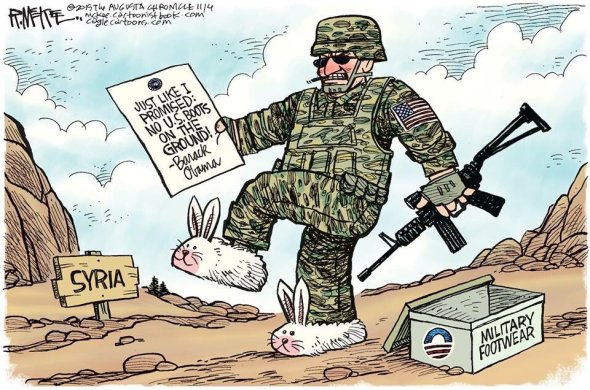 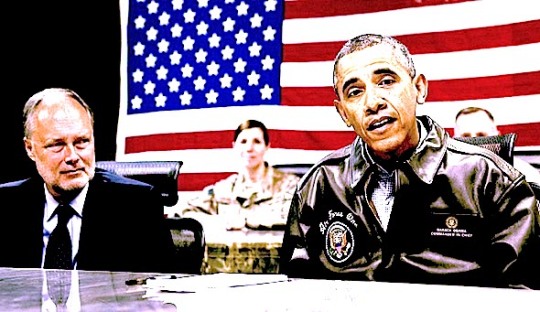 Sending U.S. troops to intervene in Syria is a poorly thought out strategy that is likely to backfire.

In Senate testimony on October 27th, Secretary of Defense Ash Carter indicated that the U.S. might be taking on a more direct combat role in Syria’s civil war. Later today, President Obama is expected to announce the deployment of U.S. troops to northern Syria.

“It is time for the president to forcefully state what everyone knows to be true: the United States has no magic formula for solving the Syrian conflict…Outside involvement has fueled the multisided civil war, but failed to deliver a decisive victory for any one faction.”

According to Cato Institute experts, this is a terrible idea.

“Defense Secretary Ash Carter’s statement…that the U.S. military ‘won’t hold back’ from engaging in ‘direct action on the ground’ in Syria is a troubling development,“ says Benjamin Friedman, Research Fellow in Defense and Homeland Security Studies at the Cato Institute. “It does not so much indicate mission creep as continuity of flawed policy. Competing objectives burden U.S. policy: helping weak rebels overthrow Assad, which prolongs the war and aids ISIS, and defeating ISIS, which aids Assad. Until we resolve that contradiction, the value of tactical gains against either foe will be limited. We should cease helping rebels and attack ISIS alone.”

“Unfortunately, there is probably little constructive the United States can do at this point to resolve the conflict in Syria and establish a stable new government. The Obama administration, therefore, should take care not to make a bad situation worse.”

Even without U.S. ground troops, the Obama administration’s policy of continuing to fund and arm Syrian rebel groups is problematic enough, especially now that Russia is more deeply involved in backing the Assad regime militarily. According to Visiting Research Fellow Brad Stapleton, this risks getting into a messy proxy war that won’t end well for Washington. “Unfortunately, there is probably little constructive the United States can do at this point to resolve the conflict in Syria and establish a stable new government,” Stapleton writes. “The Obama administration, therefore, should take care not to make a bad situation worse.”

Many commentators have proposed imposing no-fly zones or safe zones in Syria to ease the humanitarian crisis. But, as Emma Ashford, Visiting Research Fellow, explains, this is likely to backfire. “U.S. involvement in Syria displays no strategy, no boundaries and no clear goals,” Ashford writes. “The only viable long-term solution to Syria’s problems is diplomacy. But that has been pushed to the side in favor of airstrikes and limited, ad hoc rebel training programs.” END_OF_DOCUMENT_TOKEN_TO_BE_REPLACED

“Deadpool | Red Band Trailer : Based upon Marvel Comics’ most unconventional anti-hero, DEADPOOL tells the origin story of former Special Forces operative turned mercenary Wade Wilson, who after being subjected to a rogue experiment that leaves him with accelerated healing powers, adopts the alter ego Deadpool. Armed with his new abilities and a dark, twisted sense of humor, Deadpool hunts down the man who nearly destroyed his life.

A senior Islamic State (IS) member has been killed and his wife captured in a raid in eastern Syria by US special forces.
Abu Sayyaf, who helped direct oil, gas and financial operations for IS, as well as holding a military role, was killed when he engaged US forces, according to a Pentagon statement.

The operation in al-Amr was authorised by President Barack Obama and was carried out by forces based in Iraq.
The BBC’s Rajini Vaidyanathan says Abu Sayyaf oversaw IS’s “illicit oil and gas operations” – a key source of the group’s funding.

Sources: U.S. Pulling Last of its Special Operations Forces Out of Yemen Due to Deteriorating Security

Sanaa, Yemen (CNN)The U.S. military is in the process of evacuating about 100 Special Operations forces members from the Al Anad airbase in Yemen due to that country’s deteriorating security situation, sources in the region familiar with the situation told CNN.

Those being evacuated are the last American troops stationed in the Arab nation, which is home to al Qaeda in the Arabian Peninsula, the terrorist group also known as AQAP. The United States closed its embassy in Sanaa last month, after Houthi rebels took over the Yemeni capital.

For years, the U.S. military has worked closely with Yemen’s government to go after AQAP, together carrying out numerous attacks like the 2011 drone strike that killed prominent al Qaeda figure Anwar al-Awlaki. And U.S. President Barack Obama has hailed this cooperation as a pillar in his anti-terrorism campaign. 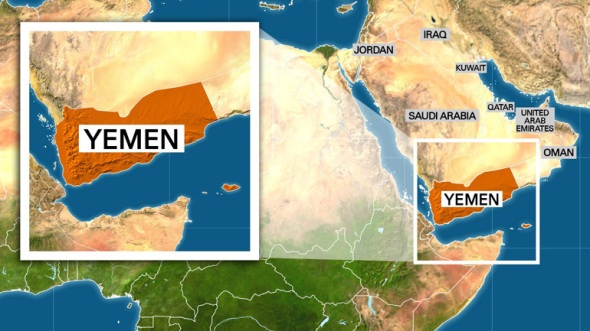 “Yemen has never been a perfect democracy or a island of stability,” Obama said in January, promoting the policy of “partnering and intelligence-sharing with that local government” as the best approach in a bad situation.

“The alternative would be for us to play whack-a-mole every time there is a terrorist actor inside of any given country,” the President said.

But while there have been drone strikes as recently as last month, these cooperative efforts have been hampered by Yemen’s growing difficulty in maintaining unity and peace. These include the rise of the Houthis, their battles with forces loyal to ousted President Abdu Rabu Mansour Hadi and the presence of not only al Qaeda fighters but other militants. END_OF_DOCUMENT_TOKEN_TO_BE_REPLACED

‘Flawless’ Except That the Hostages Weren’t There 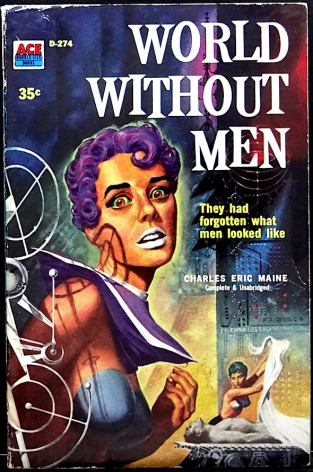