Maya Rhoda reports: A chef in the United Kingdom is backing away from including foie gras on a Valentine’s Day menu after receiving death threats from vegan activists. 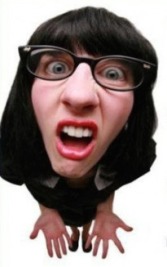 “We have listened to every opinion but when people go as far as ringing our staff, constantly, calling them murderers and death threats we class this as harassment and also inhumane to humans on the vegans behalf, and completely disgusting and unacceptable.”

The chef at Kings Arms at Fleggburgh opted out of serving the decadent dish during Valentine’s Day dinner this weekend after being subjected to “harassment” by activists who threatened to protest the menu, the Guardian reports. Foie gras is traditionally made by force feeding geese until their liver becomes enlarged.

“To stop this unfair behaviour on our staff we have decided to remove the Foie Gras from the menu and apologise to all of our customers who enjoy our parfait dish.”

Mark Dixon, an award winning chef, posted the Valentine’s Day menu on Facebook in January. For 50 pounds per person, diners could indulge in a specialty tasting menu that included vodka cured salmon and grilled halibut. Also on the menu, foie gras and chicken liver parfait which drew the ire of activists….(read more)

PARIS – A French company has come up with a novel way to keep people close to their departed loved ones: bottling their unique scent as a perfume.

The idea came to Katia Apalategui seven years ago as she struggled to come to terms with her father’s death, missing everything down to the way he smelled.

She mentioned this in passing to her mother, who admitted that, like many who have lost a loved one, she was loath to wash the pillowcase her husband slept on in a bid to keep a remnant of the precious scent of the man she loved.

This inspired the 52-year-old insurance saleswoman to think up ways to capture and preserve a person’s individual scent so people in her position would never have to long for a whiff of their loved one again. 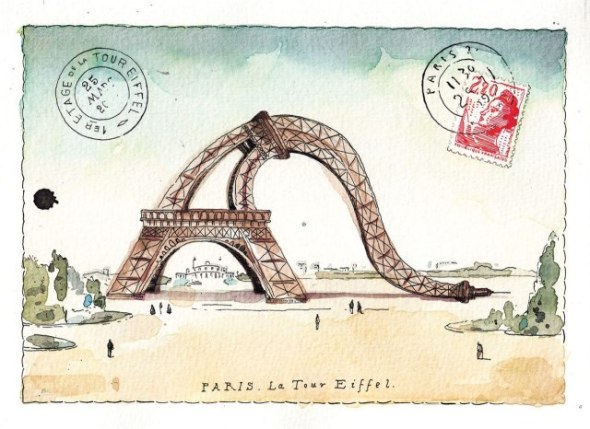 Scientists have long known that smells are linked to the part of the brain that regulates emotion and memory and have the ability to propel you back to a specific time, place or person. 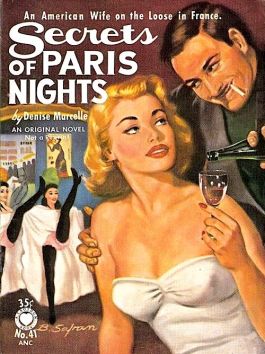 “The powerful link between smell and memory means the product offers “olfactory comfort,” Apalategui claims, on a par with photos, videos and other memories of the deceased.”

After years of knocking on doors to try and develop her idea, Apalategui was put in touch with the northwestern Havre university which has developed a technique to reproduce the human smell.

“We take the person’s clothing and extract the odor — which represents about a hundred molecules — and we reconstruct it in the form of a perfume in four days,” explained the university’s Geraldine Savary, without giving away the secrets of the process.

The powerful link between smell and memory means the product offers “olfactory comfort,” Apalategui claims, on a par with photos, videos and other memories of the deceased.

Her son, who is currently in business school, plans to launch their start-up by September with the help of a chemist. END_OF_DOCUMENT_TOKEN_TO_BE_REPLACED

The last season of hit HBO series Game of Thrones brought moments of high drama and tragedy, but it looks the stars of the drama can make time for a laugh behind the scenes….(read more)

OH YES THEY DID: ‘50 Shades of Grey‘s’ Most Cringeworthy Quotes Brought To Life

As an agency specializing in content marketing, the Beutler Ink team is always on the lookout for opportunities to create our own engaging content. With the much anticipated release of 50 Shades of Grey coinciding with Valentine’s Day, we saw our chance to make something fun and cheeky. After a quick brainstorm, we all agreed that despite the book series’ seemingly universal popularity, the writing is undeniably bad. To show just how bad, we gathered some of the most embarrassing excerpts and illustrated them—literally—however inane they were. The result is part pop culture homage and part defense of literary standards. 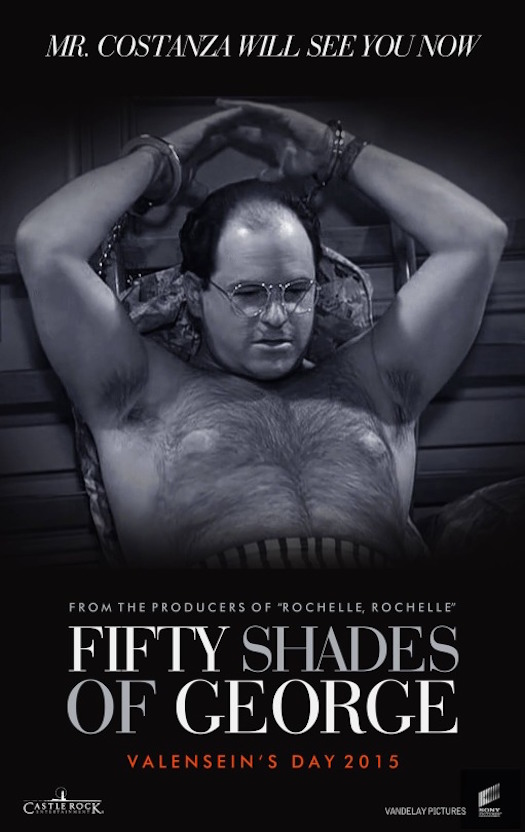 Some fellas used the Internet, hoping to find a #Valentine. But cops say the men got robbed by this guy instead

Some fellas used the Internet, hoping to find a #Valentine. But cops say the men got robbed by this guy instead. pic.twitter.com/jXGn1UuPlH

Pistorius Ruling: Negligent but Not Guilty

South Africa has no jury system. Masipa weighed the evidence and reached her verdict with the help of two assistants, called assessors. The judge had the last say on questions of law, while the decision of the majority held sway on questions of fact

SOUTH AFRICA – Robyn Dixon reports: Oscar Pistorius, the South African Olympian who shot and killed his girlfriend on Valentine’s Day last year, was found “negligent” in the killing Thursday, but was acquitted of murder charges before the court recessed for the day without a final verdict.

“It’s clear that his conduct was negligent,”

Masipa said. But the judge said she did not find sufficient evidence to prove the prosecution’s contention that Pistorius intended to kill Reeva Steenkamp after the couple had an argument, though she did conclude that the athlete was negligent in firing his weapon four times through the door of the bathroom in his residence, in which Steenkamp had locked herself.

Pistorius admitted to firing four expanding bullets into the toilet cubicle off his bathroom. But he had insisted that he mistook Steenkamp for an intruder, fired unintentionally and not meaning to kill anyone.

“During the trial, Pistorius at times retched and vomited as the court heard testimony on Steenkamp’s horrific injuries, including a massive head wound, a shattered hip, a broken arm and a hand injury.”

In a nearly daylong hearing, Masipa found that Pistorius was negligent in firing his weapon and must have foreseen his actions would result in the death of the person inside. She also concluded that he failed to take reasonable steps to avoid that person’s death.

“At other times, he wept loudly, slumped with his head in his hands, or covered his ears.”

However, the judge stopped short of declaring Pistorius guilty of culpable homicide before concluding proceedings for the day.

After the initial finding clearing him of murder charges, Pistorius bent over and sobbed. Relatives and supporters crowded around him, and his uncle, Arnold Pistorius, one of his closest mentors, hugged him fervently. END_OF_DOCUMENT_TOKEN_TO_BE_REPLACED 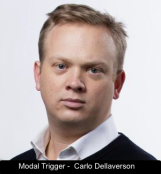 Carlo Dellaverson, 30, who works for the Peacock station’s online division – and whose dad is former top MTA official Gary Dellaverson – hid a camera in the apartment he shared with his 29-year-old gal pal on Barrow Street in Greenwich Village, the sources said.

He then slipped into bed with her and kept the camera rolling as they did the deed, and later posted the raunchy video the on XTube, the sources said.

The woman discovered the video on the accused perv’s home computer several months later on Sept. 4 — and promptly dumped Dellaverson and moved out of the love nest. END_OF_DOCUMENT_TOKEN_TO_BE_REPLACED

‘House of Cards’: Kate Mara talks The Thing That Happened to Zoe

This isn’t really a spoiler, by this stage. It’s not new. But the interview with Kate Mara, about her character, Zoe, is definitely worth reading if you’re a House of Cards fan. 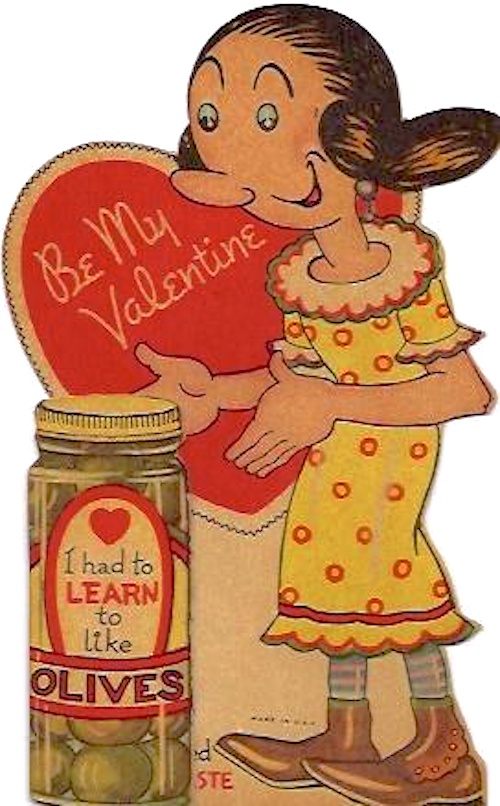 END_OF_DOCUMENT_TOKEN_TO_BE_REPLACED

[VIDEO] The Economics of Sex

Essential to the mission of the Austin Institute is the dissemination of both thought-provoking and rigorous academic research on family, sexuality, social structures and human relationships. In order to engage a wider audience, we are developing select research projects into a medium amenable to our digital age…

END_OF_DOCUMENT_TOKEN_TO_BE_REPLACED

Max Willens reports:  There are several million single guys in this country, and many of them will spend Valentine’s Day online with webcam models: sex workers paid to chat — and usually a whole lot more — via the magic of the internet. Although most are women, there are a fair number of male models too. The ratio, by some estimates, is about two to one.

“It is the big money-generating day,” said Natalie Star, a cam model who spent years with Webcam Modeling Agency but now works by appointment only. “If you think about it, there’s hundreds of thousands of lonely guys, they don’t have wives, they don’t have girlfriends. It’s huge, not only for the customers that know you, but for the girls who are trying to build their audiences.”

“Camming” has been around since the 1990s, but it’s only taken off in the past five years with the ubiquity of high-speed internet and webcams.

END_OF_DOCUMENT_TOKEN_TO_BE_REPLACED 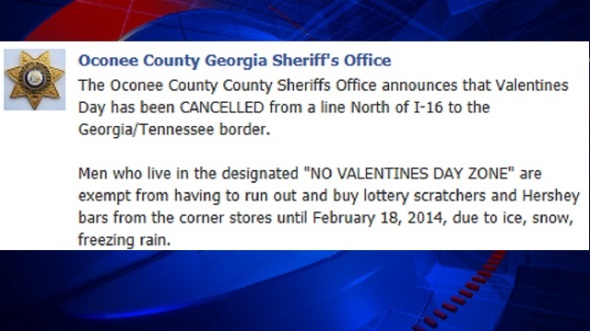 Due to weather hammering the south, Oconee County Sheriff Scott Berry designated northern Georgia a “No Valentine’s Day Zone” in a Facebook post.

Found on PopWatch: The latest sketch from New York-based comedy group POYKPAC features a very public breakup between a cheating husband and his pregnant wife. The plot twist to this seemingly overplayed scenario? The couple’s entire breakup conversation is had using only movie titles.

Bursting with love, but want to be an originalist instead of a conformist? Prefer to avoid consumerist holiday corporate brainwashing? For the enterprising self-motivated romantics out there, MAKE magazine’s Stett Holbrook  has some hands-on suggestions:

Valentine’s Day is Friday… plenty of time to come up with a gift idea. But an idea is not enough. You need to deliver on it. You could go the flower-and-candy route, but that’s hardly originally and unless you grew the flowers and made the candy, and it’s certainly not very makerly. But we’re here to help. Here are 10 DIY Valentine’s Day gift ideas to get your creative juices flowing…

[Check out the SLIDE SHOW Here]