[VIDEO] Biden: ‘We’re sending a message’ to Russia over hacks and hopefully Americans won’t know about it 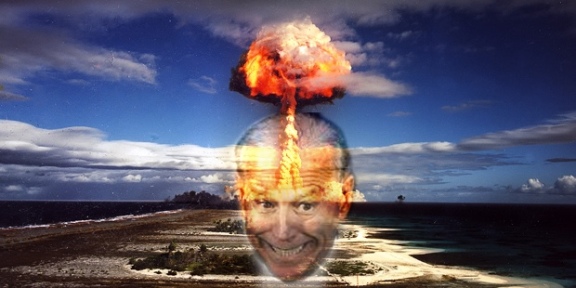 WaPo SNAFU of the Day

Election Update: Joe Biden is IN 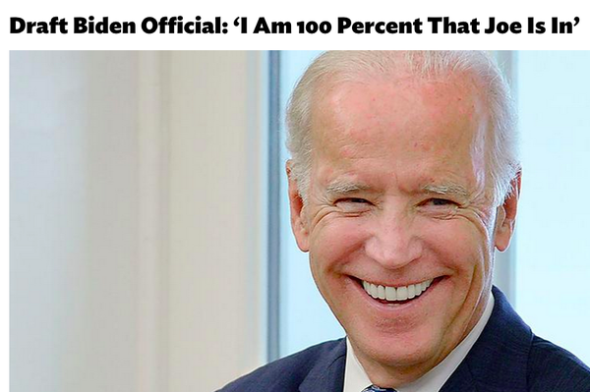 VP @JoeBiden says he invited group of #WestLACollege students that he met today to travel to White House. #mapit pic.twitter.com/PwExVD56Ok

‘Watch What I’m Going to Do’ 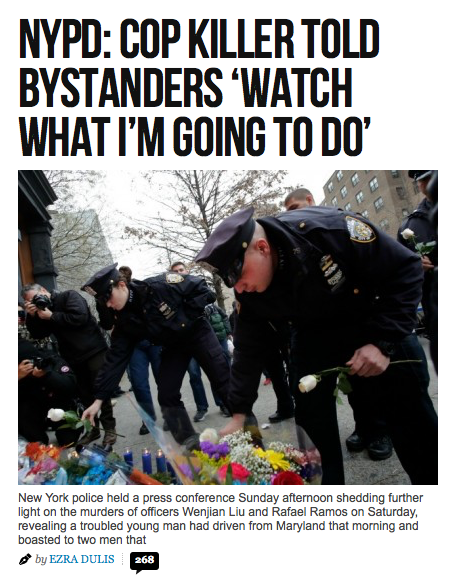 “Brinsley’s family is Muslim; however, they say he has never expressed any radical sentiments at all. They report that he has had a troubled life; he has attempted to hang himself in the past and may have been on medication for mental illness.”

New York police held a press conference Sunday afternoon shedding further light on the murders of officers Wenjian Liu and Rafael Ramos on Saturday, revealing a troubled young man had driven from Maryland that morning and boasted to two men that he was about to do something big right before the execution-style shooting.

Vigil on Tompkins and Myrtle

The perpetrator Ismaaiyl Brinsley, age 28, was born in New York, went to high school in New Jersey, and went back and forth from Georgia through the later part of his life. His father currently lives in New Jersey and mother lives in Brooklyn.

“He has a child but is estranged with the mother; she does not appear to be the same woman as his ex-girlfriend, who he shot early Saturday morning before driving to New York City.”

Brinsley has a history of run-ins with the law. He has 15 prior arrests in Georgia for assorted crimes: misdemeanor assault, larceny, shoplifting, and gun possession, dated from 2004 to 2013. He was arrested 4 times in Ohio from May 2009 to September 2009–robbery and misdemeanor theft. He served over 2 years in various prisons, mostly from a 2-year sentence for the Georgia case of criminal possession of a weapon.

2009 booking photo from the Springfield, Ohio Police Department: Brinsley after an arrest on a felony robbery charge.

Law enforcement stated that Brinsley had been broken up with his ex-girlfriend for a year, he entered her home in Maryland yesterday with a key he was not supposed to have. At 5:50 AM, Baltimore police received a report of shots fired, and when they arrived, the ex-girlfriend IDed him–he had already left. Baltimore police tracked him as he was driving on I-95, and he called police to say he shot his ex accidentally and hoped she survived. He also called the woman’s mother several times while driving, apologizing to her. END_OF_DOCUMENT_TOKEN_TO_BE_REPLACED

“First of all, I don’t agree with the odd-makers. I predict we’re gonna — we’re gonna keep the Senate. I’ve been in sixty-six, sixty-seven races all told. And I’m not getting the feeling that the odd-makers are getting.”

…But if Republicans do take the Senate — which the forecasting models of the  New York Times, the Washington Post, the Wall Street Journal and many others predict — Biden believes it will have little to do with the Obama administration….(more)

Nominee for Headline of the Year: CNN

[VIDEO] Lowry: Biden’s Right about Arab Allies’ Support for ISIS, But Don’t Say It Out Loud

NRA executive vice president and CEO Wayne LaPierre told Meet the Press this morning that the Navy Yard shooting this week was so deadly because of lack of security at the installation. Asked by David Gregory whether he thought, as the NRA has claimed in the past, that simply more security was needed at the site of the mass shooting, LaPierre said the answer was obvious: “The whole country, David, knows the problem was there weren’t enough good guys with guns. When the good guys got there, it stopped.”

“How can anybody look at what happened this week and say there was enough security there?” LaPierre said. “I mean, there was one guy, [from] a private-security firm . . . there were six guys guarding the gates. The Capital Hill SWAT team was told to stand down.”

END_OF_DOCUMENT_TOKEN_TO_BE_REPLACED 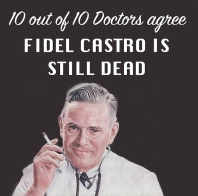