Somewhere, up there, Andrew Breitbart is celebrating. On September 10, 2013, the legendary gadfly whose huge heart gave out far too soon chalked up a three more big wins in his campaign to take America back from the hypocritical liberal snobs he despised.

In New York, a Democrat electorate soundly rejected Anthony Wiener’s creepy comeback bid. And in Colorado, an enraged citizenry defied everything the liberal establishment could throw at them and tossed out a pair of Democrat state senators who thought they could trample on the basic civil right to keep and bear arms. Neither victory would have been possible without Andrew. END_OF_DOCUMENT_TOKEN_TO_BE_REPLACED

The lessons of Anthony Weiner and Eliot Spitzer

MAGGIE HABERMAN writes: Turns out Mark Sanford wasn’t an early indicator after all.

Of the three pols singed by sex scandal who attempted public rehabilitation this year — Sanford, Anthony Weiner and Eliot Spitzer — only the former South Carolina governor managed to revive his political career, winning a special election for a House seat in May.

Continue ReadingThe three men have little in common other than carrying the taint of sexual impropriety. Still, there are lessons to be learned from Sanford’s win — and from Weiner’s and Spitzer’s losses — about what it takes to return from the political abyss.

Here are six of them:    END_OF_DOCUMENT_TOKEN_TO_BE_REPLACED

A blurry image of #Weiner saying goodbye with his middle finger as he drives off from HQ tonight. cc: @BuzzFeedAndrew pic.twitter.com/8fKnA5yLLz

There’s a growing consensus among filmmakers that television, not film, offers the more hospitable climate for innovative work. While this might be true, here’s the anomaly: The very innovators who brought about this change still go back to movies to create their “personal” projects.

David Chase, who turned TV around with “The Sopranos,” shot his own personal story in his 2012 movie “Not Fade Away,” which pulled a fast fade earning less than $650,000 domestically. And now Matthew Weiner, who is prepping his seventh and final season of “Mad Men,” is unveiling his first significant feature directing effort, “You Are Here,” at the Toronto fest next week. His new film is a far cry from his first feature, a low-budget black-and-white pic in which he also starred, which was never released.

And while Weiner commands an imperial presence in TV land, he arrives at Toronto as a humble near-first time director, aspiring for some good reviews and, more importantly, for a distributor.

END_OF_DOCUMENT_TOKEN_TO_BE_REPLACED 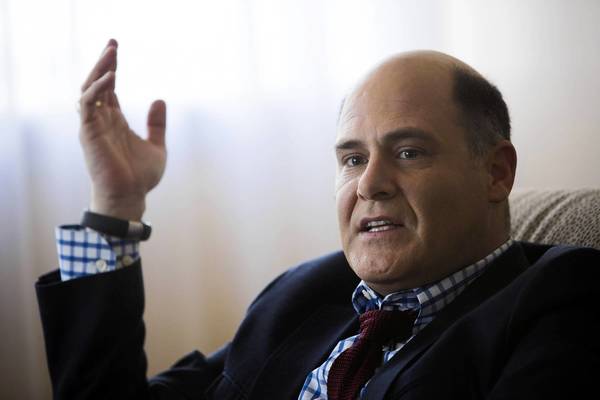